Apple today announced that Monica Lozano, president and CEO of College Futures Foundation, has been elected to the company's board of directors. 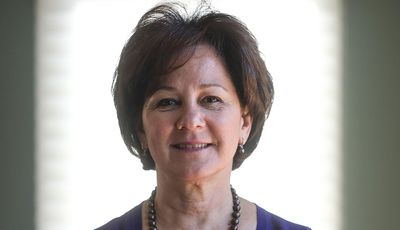 "Monica has been a true leader and trailblazer in business, media, and an ever-widening circle of philanthropic efforts to realize a more equitable future — in our schools and in the lives of all people," said Apple CEO Tim Cook. "Her values and breadth of experience will help Apple continue to grow, to innovate, and to be a force for good in the lives of our teams, customers, and communities."

"I've always admired Apple's commitment to the notion that technology, at its best, should empower all people to improve their lives and build a better world," said Lozano. "I look forward to working with Tim, Art, and the other board members to help Apple carry those values forward and build on a rich and productive history."

Prior to joining College Futures Foundation, Lozano spent 30 years in media as editor and publisher of La Opinión, the largest Spanish-language newspaper in the United States, according to Apple. Lozano continues to serve on the boards of Target and Bank of America, and is also a former board member of The Walt Disney Company.

Tag: Apple Board of Directors
[ 18 comments ]

AngerDanger
I really don’t like her. I don’t know her, but after skimming the article, I deem myself qualified (probably overqualified) to adamantly disagree with this trillion dollar company's bad bad decision. What are her qualifications? I haven’t looked at any of the other board members’ qualifications, but I bet hers suck. They should try to get Eric Schmidt back!
Score: 8 Votes (Like | Disagree)

What are her merits apart from being on the board of various companies very different from Apple and editor in a national newspaper?

Boards of large corporations are often made of leaders with diverse backgrounds that are very different from the company whose board they are sitting on. It's about bringing people on boards having a background of demonstrated leadership and wisdom, and not about being an ace C++ programmer or designing computers.
Score: 7 Votes (Like | Disagree)

beach bum
In looking at Monica's background, it seems as though she will be able to contribute a broad range of knowledge and experience towards Apple's future goals. As of now it's a seat at the table, but it will be interesting to see how this plays out.
Score: 5 Votes (Like | Disagree)

MBAir2010
I read "Prior to joining College Futures Foundation, Lozano spent 30 years in media as editor and publisher of La Onion,"
silly me, it that were true i could run apple in a couple of years!
Score: 4 Votes (Like | Disagree)

nikaru
What are her merits apart from being on the board of various companies very different from Apple and editor in a national newspaper?
Score: 3 Votes (Like | Disagree)
Read All Comments

Wednesday October 6, 2021 2:07 am PDT by Sami Fathi
In a new interview, Apple CEO Tim Cook said he's worried about the "endless, mindless scrolling" behavior that social media inspires people to undertake and is generally concerned that people are "using technology too much." The interview conducted with Bustle touched heavily on Apple's support of Shine, an app designed to fight social stigmas around mental health issues and is "another...
Read Full Article • 196 comments

Tuesday November 9, 2021 2:09 pm PST by Juli Clover
Apple today announced that Alex Gorsky, the chairman and CEO of Johnson & Johnson, has joined its board of directors. In a statement, Apple CEO Tim Cook called Gorsky a "visionary in healthcare," and said that Apple will benefit from his expertise."Alex has long been a visionary in healthcare, applying his tremendous insight, experience, and passion for technology to the cause of improving...
Read Full Article • 65 comments