A large number of late 2013 and mid 2014 13-inch MacBook Pro owners are reporting that the macOS Big Sur update is bricking their machines. A MacRumors forum thread contains a significant number of users reporting the issue, and similar problems are being reported across Reddit and the Apple Support Communities, suggesting the problem is widespread. 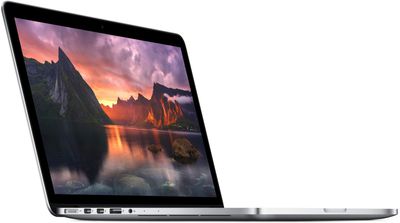 Users are reporting that during the course of updating to macOS Big Sur, their machines are stuck displaying a black screen. Key reset combinations, including NVRAM, SMC, safe mode, and internet recovery, are all reportedly inaccessible after attempting to install the update, leaving no way to bypass the static black screen.

It appears that the overwhelming number of users experiencing problems are owners of the late 2013 and mid 2014 13-inch MacBook Pro, but it is unclear exactly how many users of these models have been affected. It is also of note that these are the oldest models supported by macOS Big Sur.

One commenter on Reddit said that they were told by Apple support to book their MacBook Pro in for a repair. Another on an Apple Support thread said that the issue has been escalated to Apple's engineering team, so Apple should now be aware of the problem.

Until it is clear what may be causing the issue and Apple releases a fix, late 2013 and mid 2014 13-inch MacBook Pro may wish to hold off on installing macOS Big Sur.

It's irrelevant how old the machine is - the question is whether the upgrade is fit for purpose? It would appear for some it is not. At a time when some will already be struggling due to COVID this will be a real blow.

Also Apple tell us (with nags and red dots) that we should all upgrade immediately!

Your post is rather unsympathetic, this is a heap of pain for those not entitled enough to buy the latest and greatest.
Score: 96 Votes (Like | Disagree)

Never update straight away as there are always bugs.

Interesting how Apple put out the Public Beta months ago and this is discovered just now? You mean nobody with a 2013/2014 MBP ever had a bricking issue all the time during the public beta? Hmmm. Sometimes I get the feeling that these issues are made up in order to crap on Apple when they release new products. Furthermore while I'm not saying bricking should happen I think it's a stretch trying to install the latest OS on near 7 and 8 year old computers and expect to have no issues.

Oh the joys of a yearly release cycle...

That's why you shouldn't update on day one.

All of you, and everyone else in this thread needs to stop pretending this is normal. It isn't. Some BUGS on release day are normal. BRICKING machines such that only Apple can restore them has, as far as I can remember, never happened before.

This is completely unacceptable, particularly during a pandemic when its not safe (or at the very least far from ideal) for many people to to go out and people are relying on these machines for their livelihood more than ever.

Unless it can be shown that it is a small number of machines and or related to a factor completely out of Apple's control (I really can't imagine what that would be), this level of **** up is new territory for Apple and deserves to be recognized as such.

Don't normalize this. It's not normal. Apple deserves every ounce of heat they'll get over this and then some.
Score: 78 Votes (Like | Disagree)

randfee2
Mid 2014 MacBook Pro 15.4" here.
I erased the SSD and did a clean install. The booting sequence looked weird and restarting the machine doesn't work and causes weird behaviour just like it was described here:

It also seems to take an age to display the Apple logo when it boots, and has a very strange boot sequence that involves showing the Big Sur background with a progress bar, then reverting back to a black screen with an Apple logo, followed by a really weird graphical distortion with tearing all across the screen and then finally the loaded desktop.

The OS sometimes (!) is not as responsive as Catalina was. Strange since it is a clean install. Safari often seems frozen and doesn't take clicks or other UI input anymore, having to refresh a website. Chrome shows normal behaviour.

Last but not least... HUGE privacy concerns are popping up!
Apparently trustd and other Apple services and apps will now BYPASS firewall tools like little snitch and even VPNs. This is outrageous and I can confirm it. I had updated to little snitch 5 and it no longer can block any OS services from calling home. However, these Apple servers are constantly connected as indicated by my network firewall. I've now blocked them outside the machine.
This was brought to my attention in this article:
https://9to5mac.com/2020/11/13/apple-server-outage-reveals-mac-privacy-concerns/

outrageous! This sound just like Microsoft's Windows 10 activity to me and should be boycotted by all of us users accordingly!!!

here's Obdev's response (little snitch dev company) regarding these privacy issues. They phrased it rather nicely. What it basically means, apple is whitelisting all their telemetry communication making it so that no 3rd party app or user can prevent let alone detect it. Network firewall rules must now prevent your Macs from telling Apple and others what Apps you run and when and where. Bypassing VPNs.... really... I'm losing it!
https://obdev.at/support/littlesnitch/245914647368270
Score: 48 Votes (Like | Disagree)

How great that you are entitled to affirm this. Maybe some of us are students on a budget who don‘t have the finances to afford a new Mac every two years and a new iPhone every year, like some here who seem to be in a relationship with a computer company.
Score: 39 Votes (Like | Disagree)

I got news for you buddy : Apple says you're 100% nonsense , because it says on its website that the 2013/2014 are "entitled" to a free upgrade to Big Sur, and even harass you to upgrade to it as soon as possible.

Perhaps you should contact them and explain to them that they shouldn't "entitle" those Macs to upgrade ?
Score: 39 Votes (Like | Disagree)
Read All Comments