Adobe Announces Updates for Premiere Pro and After Effects

Adobe today announced the launch of new updates for its Premiere Pro and After Effects Creative Cloud apps, which are designed for video editing professionals and graphic artists. This year's updates are focused on simplifying and streamlining streaming video workflows as people continue to work from home. 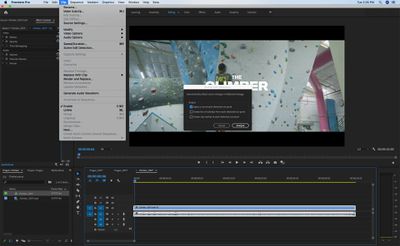 A Quick Export feature (available through the Premiere Pro public beta testing function), provides quick access to the most popular and frequently used export settings in Premiere Pro. The Quick Edit settings can be accessed from the header bar.

ProRes multicam performance has been updated and can support 2x more streams, and faster effects scanning for VST3 and Audio Unit Plugins offer faster launch times for users who use third-party audio plugins.

As for After Effects, Adobe is introducing several new public beta features that are available to those running the beta version of the software.

3D Transform Gizmos guides for scale, position, and rotating layers so it's easier to tell how far a layer or object has been moved and the degree of rotation. There is an option to switch between different gizmo modes to focus on a single task and make adjustments more efficiently.

Adobe redesigned the camera navigation tools to make it easier to navigate 3D spaces, and a new default scene camera streamlines the scene setup process with multiple cameras that highlight different viewpoints and orbit and pan around objects with keyboard shortcuts.

The new Premiere Pro and After Effects updates can be downloaded today using the Creative Cloud desktop application. Adobe's full Creative Cloud plans, which cover the complete range of Adobe CC software, start at $52.99 per month.

jlocker
Ahh the days of Adobe Postscript and a Apple Laserwriter :)

Riiiiight, they JUST took out the 32-bit process from "Save as..." in Photoshop.
Score: 3 Votes (Like | Disagree)

Clone your system before updating if you rely on these apps...

Not necessary. Every app update is available for redownload. Click the ellipsis next to the app in CC and then on "Other Version" - a list of every update will appear there.
Score: 2 Votes (Like | Disagree)

Are these apps easy to learn? Could you put a newbie in front of it and they just start using it?

Premiere? I'd say so. Most non-linear editors are pretty intuitive (not looking at you Avid). Hell, my mom is one of the most computer illiterate people on the planet and she was able to convert, edit, and burn to DVD all of the family home videos from VHS using Final Cut Express a few years back.


After Effects? There will be a bit of a learning curve involved here.
Score: 2 Votes (Like | Disagree)
Read All Comments