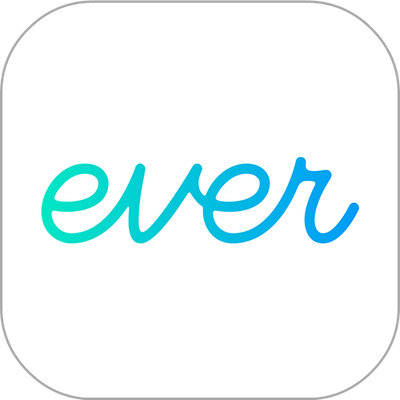 After seven years of operations, photo storage service Ever has announced that it plans to shut down on August 31, 2020, citing increasing competition from Apple and Google.

In a letter to customers, Ever says that all photos and videos stored on its servers are scheduled to be deleted on August 31, so affected users should follow Ever's export instructions below and read its FAQ as soon as possible to preserve their files:

- Log into the Ever website or your mobile application.
- If you use the website, the export button will appear on the far right of the secondary navigation bar. You can choose to export your photos and videos in the order they were uploaded or by capture year.
- For all mobile applications, the ‘Export Photos & Videos’ option appears under Account Settings. You may access Account Settings by selecting the gear icon in the upper right, twice.

The export process will send you an email with a link to one or more zip files containing your memorables. Please download these zip files to your local device to save your photos and videos. The export process will take anywhere from a couple of minutes (1,000 photos) to a couple of hours (10,000 photos), or longer. Contact support if you do not receive an email with a link to your memorables within 24 hours.

On the iPhone and other Apple devices, photos and videos automatically upload to iCloud when iCloud Photos is enabled.

PassiveSmoking
And the award for most ironic name goes to...

avigalante
It's becoming increasingly more difficult for smaller players to establish operations and survive. Shutdowns like this are an overall net negative for the industry — they handover more power to incumbents, users become more hesitant and resistant to try new options, and as a result, incumbents move slower and fail to innovate.

This, in and of itself, is what I find most problematic about our current tech landscape, and it's a vicious cycle — a cycle that makes it nearly impossible for startups / new companies to survive:
[LIST=1]
* Fragmentation in market breeds new market entrants promising 'seamless' user experiences;
* this in turn causes companies to onboard more users with undefined business models trying to reach profitability / sustainability;
* most of these companies are unable to reach true product-market-fit and therefore a reliable business model;
* eventually, companies are forced to shutdown;
* incumbents gain more power and do not innovate as quickly as the market demands.
* Repeat steps 1-6.

But was anyone actually trusting their pics to this service? I’ve personally never heard of it, not that that means much.
Score: 13 Votes (Like | Disagree)