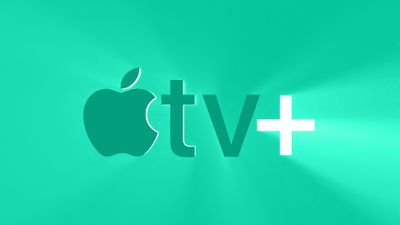 "My Kind of Country" will be produced by Reese Witherspoon's production company, Hello Sunshine, along with Jason Owen and Izzie Pick Ibarra. Owen is the CEO of Sandbox Entertainment and manager to country music stars like Kacey Musgraves, Kelsea Ballerini, Little Big Town, and Faith Hill, while Izzie Pick Ibarra is the showrunner behind popular series "The Masked Singer" and "Dancing With the Stars."

According to Apple, "My Kind of Country" will have a fresh, documentary sensibility that will also break down cultural and musical barriers in the country music space to let musicians "unleash their authentic voices and take center stage."

There's no release date for "My Kind of Country" at this time, but it will premiere on ‌Apple TV+‌. It will join other shows produced by Witherspoon's Hello Sunshine, including "The Morning Show" and "Truth Be Told."

Will they let the winner become a country singer though or will they force them into a pop country singer?
Country music doesn’t need another Taylor Swift, it needs another Garth Brooks.

garth brooks is basically one palpable step removed from Taylor Swift. What they need is another Willie or Waylon who make country music and DGAF about charts, YouTube or social media likes.
Score: 4 Votes (Like | Disagree)

Country is not my kind of music, so, I'll pass.

Fair enough, however it’s a popular music genre and it is about time genre’s were given airtime. Pop and general chart music is the primary music genre’s covered in the media. It’s about time there was more diversity.
Score: 2 Votes (Like | Disagree)

Ar40
Nice! Apple is plugging one of its last holes in programming. The first reality show on TV+. I'm a big Survivor/Amazing Race/AGT/American Idol/Masked Singer fan. I enjoy the light TV those shows offer. A nice change of pace from Breaking Bad or The Morning Show, which are my regular fare.
Score: 2 Votes (Like | Disagree)

garth brooks is basically one palpable step removed from Taylor Swift. What they need is another Willie or Waylon who make country music and DGAF about charts, YouTube or social media likes.

Have you heard of Sturgill Simpson, Cody Jinks, Jason Isbell etc? Those guys are carrying on that same tradition and selling out arenas right now without any support from modern country radio or the Nashville establishment.
Score: 2 Votes (Like | Disagree)

garth brooks is basically one palpable step removed from Taylor Swift. What they need is another Willie or Waylon who make country music and DGAF about charts, YouTube or social media likes.

Garth Brooks keeps the country music feel, although is is obviously a little more modern than others, it’s still very much more country music. On top of this he’s the all time best selling solo artist in the USA/world.
The last thing they want is someone who goes full pop like Taylor Swift who started out as a country singer, even if she was a little pop/country.

My initial point was that country music needs someone to sing and stay within the country music demographic, rather than having someone who is intended to become a country music singer and will ultimately become a pop star, which I fear the music people behind this show may do. Money and popularity is more important than music genre or the quality of music, see pretty much every music show contest since the early 00’s.

On a wider note, I wonder if Apple will have already written into the contract that they will sign with Apple Music, and possibly as an exclusive?
The last thing Apple wants is a Taylor Swift who hit out at Apple Music and initially refused to sign with them, or a Garth Brooks who hit out at streaming services and signed an exclusive contract with Amazon music.
Score: 2 Votes (Like | Disagree)
Read All Comments