Dropbox today announced that it has made three new features available to the public following beta testing, including a password manager, file vault, and automatic computer backup functionality on the Mac and PC, as noted by The Verge. 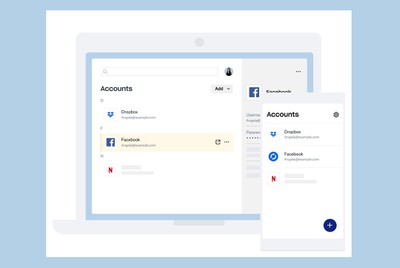 An overview of the new features:

More details can be found in Dropbox's blog post from June.

It looks like they have it for a limited audience (whatever that means).

I don't understand the pricing. It costs whopping $200/year ($20/month) for 6 members to share the 2TB storage pool. That is the same amount offered to $100/year ($10/month) individual "Plus" plan. Apple's iCloud is also Family Sharing enabled and costs $10/month.
Score: 7 Votes (Like | Disagree)

ultrafiel80
I've used Dropbox for years. I thought about moving to iCloud last year instead, but found that I don't like some of iCloud's nature (like building folders automatically for apps at the root level of iCloud, etc). I want to control my structure well, so I've stayed with Dropbox.

I've tried other systems: Box, OneDrive, etc, but I find that Dropbox has the best sync in my opinion. I can move to family sharing, but the price hike over Plus doesn't seem worth it for my family (just my wife and I as my kids are too young to need it). I was thinking of just moving my wife's files into my account and sharing it, but if the family plan were a bit lower I would move to it—or give a Plus+1 account or something and I'd totally use that instead.

I also have 1Password and have used it for many years. I will stay with that since it is a great program. The secure storage area is intriguing in Dropbox, but only being able to access from the web/app is not so great—if there were a way to have that locally it would be amazing and I'd use it in a heartbeat, but I understand that is likely due to OS limitations.

I don't really like all the extra stuff Dropbox is adding, and there is bloat, but as a whole I still prefer it over any other option.
Score: 6 Votes (Like | Disagree)

djdj
Considering Dropbox's track record with security, I wouldn't let them anywhere near my passwords.
Score: 5 Votes (Like | Disagree)
Read All Comments

Friday June 18, 2021 9:41 am PDT by Sami Fathi
After a long wait, YouTube for iOS is officially gaining picture-in-picture support, allowing all users, non-premium and premium subscribers, to close the YouTube app and continue watching their video in a small pop-up window. In a statement to MacRumors, YouTube says that picture-in-picture is currently rolling out to all premium subscribers on iOS and that a larger rollout to all US iOS...
Read Full Article • 186 comments

Friday June 18, 2021 11:36 am PDT by Juli Clover
With iOS 15 and macOS Monterey, Apple is adding several quality of life improvements, which are designed to address some of the complaints that people have had with these operating systems for years now. Subscribe to the MacRumors YouTube channel for more videos. In our latest YouTube video, we're highlighting some of our favorite "fix" features that address long-running problems in iOS and...
Read Full Article • 135 comments