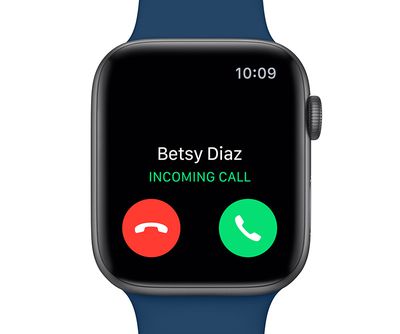 The jury said that Apple did not prove that PanOptis' patent claims were invalid, resulting in the order to pay $506 million in royalties. PanOptis first levied a lawsuit against Apple in February 2019 on behalf of five of its wireless companies, accusing Apple of violating seven patents related to LTE standards.

According to PanOptis, all LTE-enabled Apple products, including the iPhone, iPad, and Apple Watch, infringe on its LTE patents. PanOptis had requested damages "in the form of reasonable royalties" when demanding a jury trial last year.

bassrocker204
The people in these juries must be some grade a morons to award millions and billions to patent trolls, time and time again.
Score: 35 Votes (Like | Disagree)

napabar
This East Texas court system is notorious for awarding large payouts to patent trolls. That's why everyone files there. Why there hasn't been a federal investigation (in either Democrat or Republican administrations) into what it statistically impossible is a mystery to me. Something is rotten in East Texas.
Score: 17 Votes (Like | Disagree)

itsmeaustend
I don't understand how a company can own patents for a standard that's used worldwide by countless businesses, especially 7 of them...
Score: 16 Votes (Like | Disagree)

Do they have bad patent lawyers or what?

Eastern Texas is known to be favorable to patent trolls. Hence why several lawsuits are filed there vs where the company is based. The few lawsuits filed in NorCal are completely with merit as business that actually use these patents are being affected.
Score: 11 Votes (Like | Disagree)

How so? They requested for reasonable royalties. Apple sells millions and millions of these devices. Apple tried to get away from paying for facetime feature as well which is patented. Sorry, but Apple didn't create facetime, they just stole the tech.