Apple has ranked third in the annual Fortune Global 500 list of the world's largest companies for profit, and twelfth for revenue. 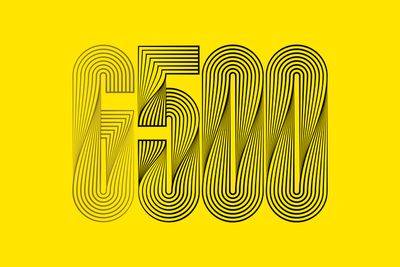 This year's Fortune Global 500 companies' operating income reached a record high of $33 trillion, close to the combined GDP of China and the United States. Together, this year's Fortune Global 500 companies employ 69.9 million people worldwide and are represented by 32 countries. Wal-Mart was again the world's largest company, for the seventh consecutive year.

Apple's revenue is reported as $260.174 billion, of which $55.256 billion is profit. Apple was only surpassed in profits by investment firm Berkshire Hathaway and oil company Saudi Aramco. Interestingly, Berkshire Hathaway has a 5.7% stake in Apple, which accounts for more than a fifth of its entire value.

In spite of a slight downturn for Apple in the last financial year, Fortune remains positive about Apple's ability to make money. iPhone continues to dominate sales, although subscriptions are rapidly becoming an important part of Apple's business model.

Mighty Apple dipped a smidge in 2019, down 2% to $260 billion in sales. The computer and phone maker's ability to make money cushioned the blow. Apple earned $55 billion. Three categories tell the story of Apple's sales doldrums. iPhone sales, 55% of Apple's total, fell 14%. Increases in sales of services like streaming and subscriptions, 18% of the total, grew 16%. And wearables (AirPods and Watches) and other non-phone accessories (iPods, HomePods, and Beats products) leapt 41%, but account for only 9% of the pie.

Apple is estimated to currently have 137,000 employees, and recently reported record third fiscal quarter revenue of $59.7 billion and net quarterly profit of $11.25 billion.

SkyRom
Apple's prices aren't nearly as bad as they used to be (except on RAM, c'mon... really Apple?) and it doesn't bug me as much that Asus, Dell and Microsoft have left them in the dust in terms of design but, until they release a laptop geared toward professionals that admits unconditional surrender on the TouchBar, it's a hard pass.
Score: 8 Votes (Like | Disagree)

TravelsInBlue
Crippling your own products for the shareholders. Nice.
Score: 4 Votes (Like | Disagree)

I don't like the new Macbook Pro but they are still better looking than the Asus Dell stuff, the Surface has been good in terms of design. Apple's problem is they made the Macbook Pro less practical now, there is literally nothing in it now I can tell people about. I'm still using my 2012 Macbook Pro with magsafe, SD card reader, hdmi output and USB2

It’s not even practical anymore for me, and I’ve always had Macs.


I pulled the trigger on the Lenovo X1 Extreme on Wednesday.
Score: 4 Votes (Like | Disagree)

Apple's prices aren't nearly as bad as they used to be (except on RAM, c'mon... really Apple?) and it doesn't bug me as much that Asus, Dell and Microsoft have left them in the dust in terms of design but, until they release a laptop geared toward professionals that admits unconditional surrender on the TouchBar, it's a hard pass.

I don't like the new Macbook Pro but they are still better looking than the Asus Dell stuff, the Surface has been good in terms of design. Apple's problem is they made the Macbook Pro less practical now, there is literally nothing in it now I can tell people about. I'm still using my 2012 Macbook Pro with magsafe, SD card reader, hdmi output and USB2
Score: 2 Votes (Like | Disagree)

Whatever you may think about Apple, one thing is undeniable, they know how to increase profits.

Apple's GPM has fallen over the last few years.
Score: 1 Votes (Like | Disagree)
Read All Comments