Apple will use super-thin rigid PCB boards provided by Tripod Technology in its upcoming mini LED-backlit iPads and MacBooks, according to a new report by DigiTimes. 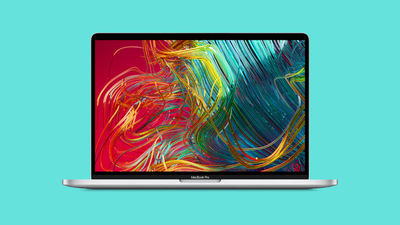 According to today's report, Apple has brought Tripod into the supply chain for Apple's forthcoming mini LED devices because of the manufacturer's good cost control capability and production management.

The manufacturer will reportedly share orders for mini LED backlight modules with leading Taiwanese PCB supplier Zhen Ding Technology, but it will need to purchase high-precision drilling machines and other automation equipment to meet the requirement. The supplier is said to be beginning trial production of sample super-thin rigid boards, and could start volume production in early 2021.

Apple is eager to adopt mini-LED technology as it allows for thinner and lighter product designs, while offering many of the same benefits of OLED displays used on the latest iPhones, including good wide color gamut performance, high contrast and dynamic range, and local dimming for truer blacks.

Apple has six mini-LED products in the works that are set to debut in 2020 and 2021, according to analyst Ming-Chi Kuo. Apple is said to be debuting the technology in a 12.9-inch ‌iPad Pro‌ for launch later this year, followed by a 27-inch iMac Pro, a 14.1-inch MacBook Pro, a 16-inch ‌‌MacBook Pro‌‌, a 10.2.-inch iPad, and a 7.9-inch ‌‌‌iPad‌‌‌ mini.

Kuo hasn't given projected launch dates for the other devices with the exception of the ‌‌‌iMac‌ Pro‌‌, which Kuo expects to launch in the fourth quarter of 2020, and the 7.9-inch ‌‌‌iPad‌‌‌ mini, which he says will launch in 2020.

chasing.stoke
Don't cover the camera with anything, it may in fact break all the way through to the PCB
Score: 4 Votes (Like | Disagree)

GeoStructural
My wallet is ready for that new iPad Pro. I am going to be broke but happy this Christmas.
Score: 3 Votes (Like | Disagree)

Freida
Lets hope the shell is rigid too. Thats all I'm waiting for
Score: 3 Votes (Like | Disagree)

LiE_
Apple are going to crush it in the next few years with ARM and new designs for iMac/Macbook using the mini LED panels.
Score: 3 Votes (Like | Disagree)

MacBH928
too thin=more prone to failure?
Score: 1 Votes (Like | Disagree)

My wallet is ready for that new iPad Pro. I am going to be broke but happy this Christmas.

yeah I just noticed that my iPad has a few rows of flickering pixels directly above the home button. Even more of a reason to adopt the new display tech
Score: 1 Votes (Like | Disagree)
Read All Comments