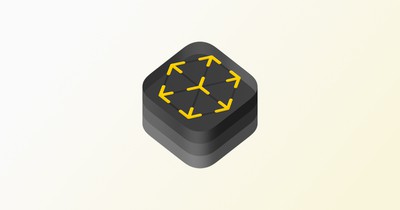 Location Anchors allow developers to place AR experiences, such as life‑size art installations or navigational directions, at a fixed destination. Location Anchoring leverages the higher-resolution data in Apple Maps to place AR experiences at a particular point in the world, meaning AR experiences may now be placed at specific locations, such as throughout cities or alongside famous landmarks. Users can move around virtual objects and observe them from different perspectives, exactly as real objects are seen through a camera lens.

Finally, face tracking is expanded in ARKit 4 to support the front-facing camera on all devices with the A12 Bionic chip or newer. Up to three faces may now be tracked at once using the TrueDepth camera to power front-facing camera experiences like Memoji and Snapchat.

Nicky G
It's funny that this "small" piece of WWDC news will go down, I reckon, as some of the most revolutionary stuff Apple announced this year, well beyond switching to ARM. It will take a few more years before it becomes more obvious, but when the "AR kit" that "ARKit" was designed for from the get-go eventually drops, it is going to have some very well-fleshed-out tech baked into it, stuff Apple has been "testing" out in the open for years now. Both via ARKit, and lots of other little things, such as Ultrawideband, early embrace of bluetooth beacon technology, etc. Science fiction has been describing this stuff (in terms of "fully-realized AR") since at least as far back as the early 90s, in Snow Crash. We're getting very close!
Score: 2 Votes (Like | Disagree)
Read All Comments

Tuesday May 4, 2021 11:48 am PDT by Juli Clover
Brydge has been making keyboards for Apple's iPads for years now, and the newest model, the Brydge 12.9 MAX+, is compatible with the third, fourth, and fifth-generation iPad Pro models, so it works even with the new mini-LED iPad Pro. Subscribe to the MacRumors YouTube channel for more videos. In our latest YouTube video, we checked out the new Brydge 12.9 MAX+ to see if it's a viable...
Read Full Article • 85 comments