The show follows the true story of actress, film producer, and inventor Hedy Lamarr, who starred in 30 films and co-invented an early version of frequency-hopping spread spectrum.

"Hedy Lamarr" will follow the true story of the Hollywood glamour girl, spanning 30 years from Lamarr's escape from pre-war Vienna; to her meteoric rise in the Golden Age of Hollywood; to her fall and eventual disgrace at the dawn of the Cold War. The show will also go into Lamarr's life as an inventor, including one invention that became the basis for spread spectrum technology used today.

The series, which was originally being developed for Showtime, features eight episodes written by Sarah Treem, who previously worked on "The Affair" and "House of Cards." Gal Gadot, known for "Wonder Woman," will executive produce and star in the series.

Apple picked up the show after a souring relationship between writer Treem and Showtime after Ruth Wilson, star actress in "The Affair," left the series. Wilson at the time accused Treem of creating a hostile work environment, which Treem denied, but the dispute ended with Treem cutting ties with Showtime.

"Hedy Lamarr" will join other Apple TV+ dramas with major Hollywood actors like "The Morning Show," "Defending Jacob," and "Truth Be Told," plus it will mark Gadot's first television series.

larrylaffer
How about a biopic about Hedley Lamarr?
Score: 33 Votes (Like | Disagree)

currentinterest
Hedy Lamarr was an extraordinary woman who refused to be pigeonholed into one particular category. Many still consider her to be the most beautiful actress of all time, yet it was her talent and brains that made her so special.
Score: 14 Votes (Like | Disagree)

How about a biopic about Hedley Lamarr?

Only if Harvey Corman reprises the role.
Score: 12 Votes (Like | Disagree)

hawkeye_a
Totally stoked for this.

If any of you are interested, I really enjoyed Bombshell: The Hedy Lamarr Story(2017). 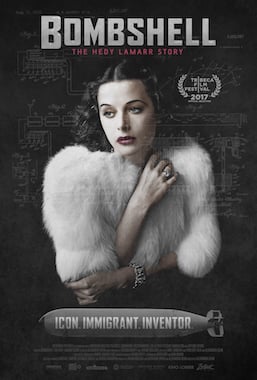 No matter how much I likes me some Gal Gadot I'll be cancelling my AppleTV+ subscription come November. I've yet to watch a single thing on it after having it 6 months.

CarlJ
Hedy Lamarr was quite impressive, and Gal Gadot was fabulous in Wonder Woman - I look forward to this.
Score: 10 Votes (Like | Disagree)
Read All Comments