Downloads of iPad apps surged in the first quarter of this year, driven by an increase in use and adoption of the device amid widespread stay-at-home orders. 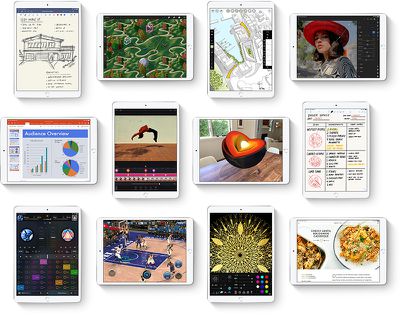 First-time downloads of iPad-specific apps surpassed 1.1 billion worldwide in Q1 2020, according to data compiled by Sensor Tower. It marks the first year-on-year growth since the fourth quarter of 2013 and a 40 percent increase from Q1 2019.

Based on the data, the vast majority of app installs in the first quarter were in the Games and Entertainment category, followed by education apps, which reached a record 105 million worldwide.

The previous best quarter for Education apps was Q1 2013 when they reached 91 million, indicating the impact of at-home schooling during the health crisis.

In addition, quarterly global consumer spending in ‌iPad‌ apps reportedly saw the largest year-on-year increase since Q4 2014 at 16 percent and crossed the $2 billion threshold for the first quarter ever. About 76 percent of that money, approximately $1.6 billion, was spent on games.

I know the iPad never took off like Apple hoped...

It's truly tragic that Apple has only sold half a billion iPads so far, they'd been hoping that it'd be in the trillions by now.
Score: 9 Votes (Like | Disagree)

Maybe now? I'm pretty sure they have slowly been doing that since rebranding it as iPadOS, as proven by the Magic Keyboard and trackpad support.
Score: 7 Votes (Like | Disagree)

IPadOS it’s just a rebranding of iOS, it’s literally the same thing. They didn’t actually do anything with it

Yeah because I’m using the trackpad a lot these days with my iPhone.
Score: 6 Votes (Like | Disagree)

I think the people using the iPad during this time choose it precisely because it suffices as a PC replacement without the complexities of a desktop operating system. It’s affordable, lets them access the web and run basic apps, and that’s really all they need from it. I doubt these people are connecting Bluetooth mice and keyboards to them and turning them into makeshift laptops.

For them, simplicity may be the key selling point of the iPad, not complexity.
Score: 6 Votes (Like | Disagree)

djcerla
iPad is THE lockdown device.

that iPadOS was just an iOS re-branding

Yes, they took iOS and called it iPadOS, and the very next step was making iPad specific changes, so its no longer identical to iOS.

I refuted that.
Score: 4 Votes (Like | Disagree)
Read All Comments