DigiTimes: New AirPods Pro Likely Deferred Until Second Half of 2020 or Later 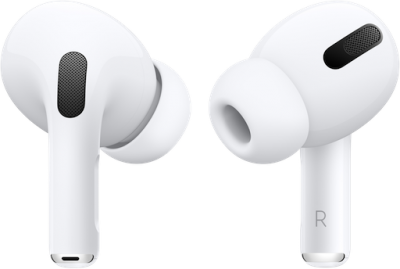 Apple is likely to defer the launch of new AirPods Pro to the second half of 2020 or some point in 2021, according to supply chain sources cited by Taiwanese publication DigiTimes.

A paywalled preview of the report:

Last month, DigiTimes had reported that Apple's suppliers would kick off production of a new entry-level version of AirPods Pro between the end of the first quarter and the beginning of the second quarter, but it would not be surprising if that timeframe has changed due to the impact of the global health crisis.

Earlier this month, leaker Jon Prosser claimed that Apple was planning to release so-called "AirPods X" around September or October with a BeatsX-like design for sports and running. Prosser said those "AirPods X" are likely the same product as the entry-level AirPods Pro that DigiTimes has been referring to.

Prosser more recently said that Apple has new AirPods ready to launch, possibly alongside a 13-inch MacBook Pro refresh next month, suggesting that a third generation of the standard AirPods could also be on the horizon.

480951
They should probably fix the noise cancelling they broke in a software update before releasing a new version. Jeez.
Score: 19 Votes (Like | Disagree)

They should probably fix the noise cancelling they broke in a software update before releasing a new version. Jeez.

Came here to say this. The poor handling of these issues since launch rivals the keyboard issues of the MBP (which I have also personally experienced).
Score: 5 Votes (Like | Disagree)

TheIguana
I'm sorry at the current price level and offering, the statement "entry-level AirPods Pro," is unfathomably moronic. They are in no way an "entry-level" product.
Score: 4 Votes (Like | Disagree)

I’d like to see ANC added to the current AirPods design (no rubber tips). If that’s what they mean by “Pro Lite” then I’m in!

ANC does not work very well without a tight seal.
Score: 4 Votes (Like | Disagree)

These won’t be the pros.

True (probably a cheaper design, removed a feature or something) but it still doesn't matter. It is inexcusable for Apple to be releasing any sort of airpods without fixing the MAJOR issues of the current ones. Firmware ruined the Pros with no way to downgrade and no update for months. I went back to Gen 2's because the Pros have so many issues. Will not buy another pair until they fix the Pros.
Score: 4 Votes (Like | Disagree)
Read All Comments