The iPhone continues to be the most popular smartphone among U.S. teens, a title that it has held for many years, according to new data gathered by investment firm Piper Sandler for its most recent semiannual teen survey in the United States. 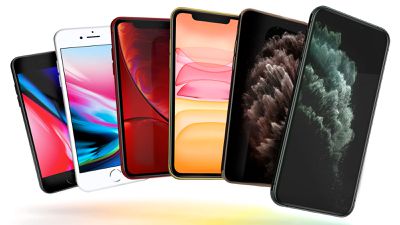 8 percent of teens said they planned to purchase an Android, down from 10 percent in the year-ago survey.

Teen interest in the ‌iPhone‌ has been strong since the beginning of these surveys, but has grown steadily every year. In 2020, Apple is expected to release 5G iPhones and a new, more affordable iPhone SE option, which could cause teen ‌iPhone‌ adoption numbers to grow even further.

This year's survey also took a look at the AirPods. 52 percent of teens said that they own a set of AirPods, and of those that don't own AirPods, 18 percent plan to purchase them within a year.

Teen customers are important to Apple as brand loyalty will inspire them to continue purchasing products in the Apple ecosystem for years to come.

Piper Sandler's "Taking Stock With Teens" survey asked 5,200 teenagers with an average age of 16.2 and a median household income of $65,600 about their purchasing habits and brand preferences. Piper Jaffray merged with Sandler O'Neill earlier this year, hence the new name, but this survey as been ongoing since 2001.

topgunn
No teen wants to be a green bubble friend.
Score: 34 Votes (Like | Disagree)

Royksöpp
My teenage niece was looking at a new phone and I jokingly said what about an android? Her reaction was priceless.
Score: 14 Votes (Like | Disagree)

trusso
"Get 'em while they're young!"

My teenage niece was looking at a new phone and I jokingly said what about an android? Her reaction was priceless.

This story would be infinitely cooler if you actually shared what your niece's reaction was. As is, we're left to simply speculate:

We're still left wondering what's in the center of a Tootsie Pop.
Score: 10 Votes (Like | Disagree)

69Mustang
Fit's my personal anecdote. Both my teens own iPhones. Not sure it means much though. They both wanted them for the same reason: their friends have them and they all use iMessage together.
Score: 7 Votes (Like | Disagree)
Read All Comments