Alongside new iPad Pros last week, Apple also refreshed the MacBook Air, adding more storage, faster 10th-generation processors, and an updated keyboard. We picked up one of the new machines to take a look at some of the upgrades added in the 2020 update.

Subscribe to the MacRumors YouTube channel for more videos.
Design wise, there are no real external changes to the ‌MacBook Air‌'s body, though to accommodate the new keyboard, it's just a bit thicker. It's 0.63 inches thick at its thickest point, up from 0.61 inches.

It still comes in Silver, Space Gray, and Gold, and it uses the same Retina display that was first introduced in the 2018 ‌MacBook Air‌ redesign. Most of what's new is internal, but there is an all-new Magic Keyboard with scissor switches, which is the same keyboard added to the 16-inch MacBook Pro released last October. 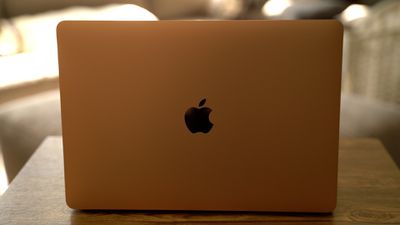 Scissor switches are more reliable than butterfly switches and aren't prone to the same failure due to dust and other small particulates. In fact, scissor switch keyboards were used in MacBooks prior to the 2015 and 2016 MacBook and MacBook Pro refreshes that brought us the butterfly keyboard, so Apple is returning to an old favorite.

The new keyboard feels nice with its 1mm travel, but the keys are a bit softer, quieter, and mushier, so for some, it's not going to be as satisfying of a typing experience as the butterfly keyboard, but most people will appreciate the change and the reliability improvements.

There are inverted T arrow keys to make it easier to find them by feel, plus the keys have the same backlighting as the 16-inch MacBook Pro model. Next to the function keys, there's a Touch ID fingerprint sensor for unlocking the Mac with a finger.

The ‌MacBook Air‌ still features just two Thunderbolt 3 ports, but 6K displays are now supported, so it works with Apple's Pro Display XDR if you feel like getting a $5,000 display to go with your $999 machine.

The rest of the changes to the ‌MacBook Air‌ are internal. It uses Intel's 10th-generation chips, maxing out at a quad-core Core i7 option that Apple says doubles CPU performance compared to the previous-generation ‌MacBook Air‌ models.

That Core i7 chip is a high-end upgrade, though, and the base model that we have on hand features a 1.1GHz dual-core 10th-generation Core i3 processor, and performance gains are a lot more modest.

Apple also boosted the storage, so the ‌MacBook Air‌ now supports up to 2TB storage space and the base model comes with 256GB of storage instead of 128GB of storage, which is a great deal given the new lower $999 starting price. Entry-level machines still come with 8GB RAM, though, and the 16GB upgrade is $200.

With the price drop, storage upgrade, GPU refresh, and new chips, the 2020 ‌MacBook Air‌ is a great entry-level machine ideal for people who need something for office work, web browsing, content consumption, light photo editing, and similar tasks that don't require the power of the MacBook Pro.

For most consumers, the entry-level 2020 ‌MacBook Air‌ is more than adequate, and for a few hundred dollars, it can be futureproofed with some boosted CPU speed and additional RAM.

What do you think of the 2020 ‌MacBook Air‌ refresh? Let us know in the comments.

Lack of heat pipe is one omission.

Soldered parts that could be socketed reduces the useful lifespan and will always receive my severe criticism.
Score: 9 Votes (Like | Disagree)

Interesting the MR dude prefers butterfly to these new keyboards, reliability aside

short term use butterfly is nice. but for extended periods of time it trips my mind up with the short travel

and it wears out my fingers faster, I swear
Score: 5 Votes (Like | Disagree)