Virtual Banking App Revolut Launches in the US 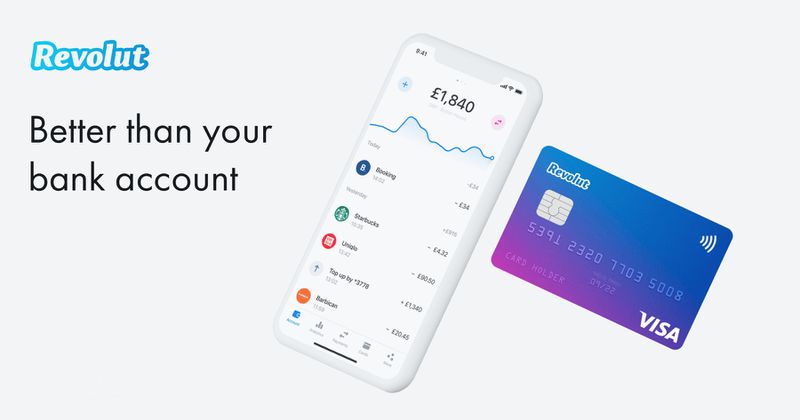 Users sign up for an account and a debit card right from within the app, and can then access separate tabs that track accounts, spending, payments, and cards. Deposited funds are FDIC protected up to $250,000.

Users receive notifications every time a transaction is made on their card. It's also possible to freeze and unfreeze a card, set some limits and restrict some features, such as online payments or ATM withdrawals.

Other features include the ability to send and request money from friends through the app, convert foreign currency at a low exchange rate, hold foreign currencies in a Revolut account, and pay Revolut users in other countries in their local currency.

Users can withdraw money from their Revolut account via more than 55,000 ATMs in the Allpoint ATM network. However, there is a maximum withdrawal limit of $300 per month at a time without incurring a two percent fee, though users can withdraw more if they sign up for one of Revolut's premium subscriptions, which start at $9.99 per month.

In addition, Revolut offers users in the U.S. the ability to receive their salary two days in advance if they share their Revolut banking details with their employer.

In Europe, Revolut offers several other features for premium users, including the ability to buy cryptocurrency and purchase mobile phone insurance within the app. Those features aren't available at launch in the U.S., but Revolut is working to bring them over where possible.

tardegrade
I've had a Revolut card in the UK for the past 3 years. It's excellent. Always adding new features and the biggest benefit is the ease at which you use it abroad when other cards simply wont work. Also having disposable virtual cards for online shopping is a very reasuring thing to have.
Score: 8 Votes (Like | Disagree)

LeeW
I have been using Revolut in the UK for a while, works well and has replaced PayPal for me, the currency conversion is at a market rate rather than what Paypal decide to cut it down by. No idea what the US has but I have found it very useful. The subscription is only if you want the additional services.
Score: 7 Votes (Like | Disagree)

I prefer going to a real bank that is nation wide with brick and mortar locations. Not a fan of digital only banks or local banks. If you travel, well good luck with fees in another state.

There are no fees with Revolut except in I think it's five countries worldwide (for example North Korea).


[USER=3]@MacRumors[/USER] "low conversion rate"? Here in Europe you get the market rate which means no fees at all when exchanging currencies. Is that different in the USA?
[automerge]1585055705[/automerge]

You don't have to pay that subscription at all, there's a free tier. The subscription only makes sense if you exchange a lot of money every month to a different currency or regularly transfer loads of money to a different country. There's a fee from £6000 upwards for those scenarios with the free tier that the premium and metal tiers don't have.
Score: 5 Votes (Like | Disagree)

jarman92
I've been using Simple—which is almost identical to this but without the subscription—for years and absolutely love it. There really are no fees, the APY on their savings account is excellent, and the app is great. I switched from B of A and the contrast is shocking.
Score: 3 Votes (Like | Disagree)

b4rtw
Been using Revolut for a few years now. Initially the subscription seems weird and expensive. But once you see your brick and mortar bank actually charges you for loads of things without specifying it, the subscription makes sense. No more hidden fees or surcharges. Plus great features like commission free share trading on the Dow and Nasdaq, international medical insurance, (some of) the best exchange fees, etc.
I am not affiliated in any way to Revolut, but do encourage anyone to have a look. Even if you take a free account.
[automerge]1585055140[/automerge]

Don't knock, what you don't know. Have a look. I really recommend it. See my comment above
Score: 3 Votes (Like | Disagree)
Read All Comments