Global smartphone shipments dropped an estimated 38 percent in February 2020, marking the biggest ever fall in the history of the worldwide smartphone market, according to new data shared today by Strategy Analytics. 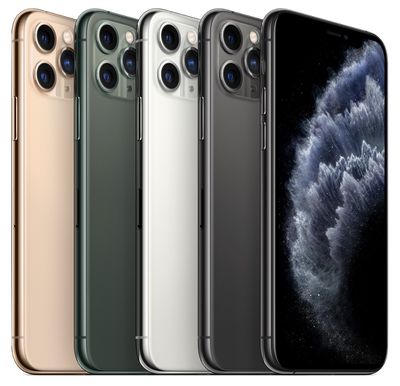 Smartphone demand in Asia dropped heavily in February, leading to a significant collapse in sales as lower demand in Asia dragged down shipments across the world. Some Asian factories were unable to manufacture smartphones due to quarantines and travel restrictions and customers were unable or unwilling to leave their homes to visit retail stores and buy new devices.

"February 2020 saw the biggest fall ever in the history of the worldwide smartphone market. Supply and demand of smartphones plunged in China, slumped across Asia, and slowed in the rest of the world. It is a period the smartphone industry will want to forget."

Strategy Analytics Senior Analyst Yiwen Wu said that though there are now signs of recovery in China, global smartphone shipments are expected to remain weak throughout March 2020 as many countries are still struggling with the coronavirus.

Apple Stores in several countries including the United States are closed for the time being, and millions of consumers are in lockdown or unable to shop for new devices.

Yiwen Wu, Senior Analyst at Strategy Analytics, added, "Despite tentative signs of recovery in China, we expect global smartphone shipments overall to remain weak throughout March, 2020. The coronavirus scare has spread to Europe, North America and elsewhere, and hundreds of millions of affluent consumers are in lockdown, unable or unwilling to shop for new devices. The smartphone industry will have to work harder than ever to lift sales in the coming weeks, such as online flash sales or generous discounts on bundling with hot products like smartwatches."

Apple in February said that its March quarter revenue will not meet its revenue goals, though we won't know how far below target Apple lands until its April earnings call.

44267547
And this is how it’s going to be in the foreseeable future. The last thing on consumers mind right now is buying ‘new tech’, given the uncertainty of the economy/jobs, lack of supplies in grocery stores, etc. In the midst of what’s happening right now, some will be repurposing how they spend their finances, and I think smart phones that breach over $1000 is not a very smart purchase right now if somebody isn’t in need of an upgrade. Consumers in general will be more mindful of where their dollar is spent until this situation stabilizes.
Score: 17 Votes (Like | Disagree)

now i see it
It's because almost everyone in the world who uses a smartphone can use it another year (or two or three or four) no problem. It's very rare for someone to wait until their phone breaks until they buy another one.
When financial uncertainty is ahead, the last purchase on someone's mind is buying another smartphone
Score: 10 Votes (Like | Disagree)

I7guy
I’ll do my part in September.
Score: 8 Votes (Like | Disagree)

Article header should be..

You missed an opportunity to say: Hold my Corona
Score: 7 Votes (Like | Disagree)
Read All Comments