France's competition watchdog on Monday fined Apple 1.1 billion euros ($1.23 billion) for anti-competitive behavior in its distribution network and an abuse of economic dependence on its resellers, reports Reuters.

At the same time, France's Competition Authority also levied fines of $84.7 million and $69 million against Apple wholesalers Tech Data and Ingram Micro for their roles in the anti-competitive practices.

In announcing its largest ever fine, the Competition Authority's president, Isabelle de Silva, gave a statement summarizing the findings of its investigation that led to the decision, an English machine language translation of which follows: 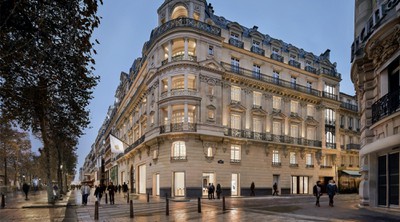 "During this case, the Authority deciphered the very specific practices that had been implemented by Apple for the distribution of its products in France (excluding iPhones), such as the iPad. First, Apple and its two wholesalers agreed not to compete and prevent distributors from competing with each other, thereby sterilizing the wholesale market for Apple products. Secondly, so-called Premium distributors could not risk promoting or lowering prices without risk, which led to an alignment of retail prices between Apple's integrated distributors and independent Premium distributors.

"Finally, Apple has abused the economic dependence of these Premium distributors on it, by subjecting them to unfair and unfavorable commercial conditions compared to its network of integrated distributors. In view of the strong impact of these practices on competition in the distribution of Apple products via Apple premium resellers, the Authority has imposed the highest penalty ever pronounced in a case (1.24 billion euros). It is also the heaviest sanction pronounced against an economic player, in this case Apple (1.1 billion euros), whose extraordinary dimension has been duly taken into account. Finally, the Authority considered that, in the present case, Apple had committed an abuse of economic dependence on its premium retailers, a practice which the Authority considers to be particularly serious.

"Apple and its two wholesalers have agreed not to compete with each other and to prevent distributors from competing with each other, thereby sterilizing the wholesale market for Apple products," it said.

According to the French anti-trust agency, the case originally opened after a dispute between Apple and one of its leading French wholesalers, eBizcuss. The premium reseller accused Apple of abusing its position and in 2012 it shut down in France as a result of what it claimed was unfair competition.

A spokesperson for Apple told CNBC:

"The French Competition Authority's decision is disheartening. It relates to practices from over a decade ago and discards thirty years of legal precedent that all companies in France rely on with an order that will cause chaos for companies across all industries. We strongly disagree with them and plan to appeal."

Apple in its October earnings call said that France's competition authority had alleged that some aspects of its sales and distribution practices were in violation of French law, but did not provide details on which aspects of its business were under investigation.

Apple earlier this year was fined 25 million euros by French consumer fraud group DGCCRF for intentionally slowing down iPhone 6, ‌‌iPhone‌‌ SE, and ‌‌iPhone‌‌ 7 models with the power management software that was meant to prevent older iPhones with degraded batteries from shutting down during times of peak power usage.

It makes sense to fine Apple if it gets caught intentionally developing a device like MB with non-user replaceable parts like the battery, RAM and storage otherwise the e-waste will be exacerbated.

Why aren’t more people complaining about the lack of repairablity of flat-screen TVs? Should Samsung, Vizio, LG, HiSense, etc. be forced by regulation to manufacture easy-to-repair devices?

Again, owning an Apple computer isn’t a necessity or a right. You want a computer with easily replaceable components, go build one.

Also, and more on topic, We’re not going to see Apple open up and allow resellers to get into price wars with each other or sell below their costs. That only hurts the implied value of Apple’s products and it’s image of being “so much better and cooler than a beige box”.
Score: 12 Votes (Like | Disagree)

Only some nationalities get to be thoroughly satisfied with their Apple purchase the rest can pay more and go swivel
Score: 11 Votes (Like | Disagree)

Queen6
Not surprising given Apple does fix prices and goes out it's way to unfairly control the market. Pity more countries don't take the same stance against such anti-consumer giants.

Bocconucci
Apple and market/price fixing are synonyms.
I don’t know of any company that so much runs, determines, regulates, dominates distribution of its products - giving itself and a few chosen favorites unfair advantage over others.
Score: 7 Votes (Like | Disagree)

I agree but what do they do with the collected fines? Do they give back to each consumer that bought an item at the fixed price? About the iPhone throttling fines, do they give back to every iPhone 6, 7, 8 etc owner that got affected or felt swayed to buy an upgraded phone they didn’t need?
Trying to get my head around these fines and how the money gets channeled around to the source or reason for the fine (competitors, consumers, researchers, etc)

I wouldn't be shocked if the money went into the French government's general fund.
Score: 6 Votes (Like | Disagree)

AdonisSMU
This is why Americans dont want to become the EU. The company making tge product should be able to control its distribution pipeline. Dont like don’t become an Apple distributor. Apple is not going to let you charge less than them for the product they make nor should they be expected to. Its just not realistic.

a) Maybe they should
b) TVs are upgraded far less frequently, they're not seen as disposable to anything like the same degree as phones
c) TVs have fewer components (I'm guessing here, I'm no expert). If the screen breaks, you pretty much need a new TV, because the TV is the screen.
d) TV aren't portable and so are likely to be damaged a lot less than phones (and tablets and laptops perhaps)
e) How unrepairable are TVs? Mine has standards philips screws on the back. I've never opened it up to see what it's like inside, but the screws bode well.

As for "if you don't like it don't buy it" that ignores the bigger environmental impact of manufiacturnig. I can choose not to buy a certain product but if other people do then harm is still being done. Your choices affect more than just you.

Please... people are choosing to buy a phone every year. They dont need to.

Secondly a TV doesnt get nearly as much usage as your cell phone that goes everywhere you do. Naturally there would be less wear and tear.

thirdly, TVs are not that repairable. People in many cases simply thrown them out when broken or go without for a long period of time because it is not a necessity of life.
Score: 4 Votes (Like | Disagree)
Read All Comments

Exclusive Deals: Get Up to 52% Off Popular Anker Portable Batteries, Wireless Chargers, and Other Accessories