Samsung's Answer to AirDrop Finally Arrives With the Galaxy S20

Last month we reported that Samsung was working on its own AirDrop killer for Galaxy devices, called Quick Share. On Tuesday, the Korean company unveiled its new trio of Galaxy S20 phones, and we finally got a better idea of what the local file-sharing feature can do. 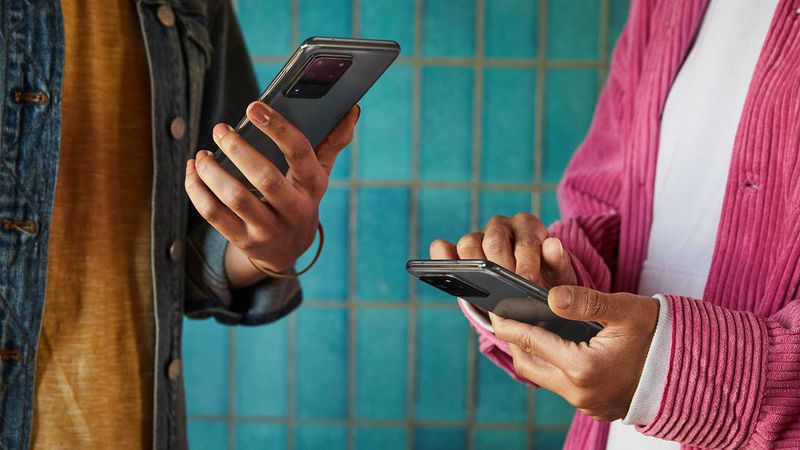 On the face of it, Quick Share works just like Apple's AirDrop, in that if you're near another user with a supported device, they will show up on your screen and you can share a picture, video, or file with them. Similarly, Galaxy users can also choose to receive files from anyone or only people in their contacts.

However, Quick Share has an added feature that AirDrop lacks – it allows you to share files with up to five people simultaneously. With AirDrop, you can only send to one recipient at a time.

It'll be interesting to see if Apple develops AirDrop further in response to Samsung's Quick Share feature, given that we already know Apple is continually looking to improve its ad-hoc file sharing service. The most recent addition to AirDrop's capabilities is "directional AirDrop," which allows users to point an iPhone 11 at another iPhone user to instantly share files with them.

The feature was made possible by the U1 Wideband chip included in ‌iPhone 11‌ devices that allows the distance between two Ultra Wideband devices to be measured precisely by calculating the time that it takes for a radio wave to pass between the two devices.

Apple says that the directional AirDrop feature is "just the beginning" of what is possible with Ultra Wideband, and says that "amazing new capabilities" are coming later.

The first Android smartphones with Ultra Wideband technology are expected to be released starting later in 2020. Meanwhile, Google is also working on its own AirDrop-like feature called Nearby Sharing for Pixel phones.

In addition, China's big three mobile vendors are working collectively on an AirDrop-style peer-to-peer transfer protocol that is expected to launch this month. All of which suggests the development of new close-proximity file-sharing features could well hot up between the big players in the coming years.

Android used to have an NFC-based AirDrop equivalent called Android Beam, but it was discontinued with Android 10. Users have had to resort to third-party alternatives like Google's Files Go app since.

Quick Share is currently only available for the new Galaxy S20, S20+ and S20 Ultra 5G, but Samsung says support for other devices is coming soon.

heov
AirDrop killer? It only works on Samsung devices lol. And this isn't novel. Many third party apps have done this much longer. It'll be news worthy when Google implements a standard for all of Android.
Score: 10 Votes (Like | Disagree)

Classie
How can not all phones have a similar feature by now? AirDrop has been arround for ages.
Score: 6 Votes (Like | Disagree)

Before AirDrop we would just iMessage it but iMessage compresses the video and pictures
Score: 6 Votes (Like | Disagree)

AirDrop killer? It only works on Samsung devices lol. And this isn't novel. Many third party apps have done this much longer. It'll be news worthy when Google implements a standard for all of Android.

I raised my eyebrow at the “killer” term as well. His would suggest it could be used between more than one type of device. Instead of using click bait terms, more precise words would be better suited to not lean the article.
Score: 5 Votes (Like | Disagree)

Just imagine when the occasional pair of people BOTH using Samsung phones, BOTH with this feature, actually get to use it! It will be like particles colliding in the Large Hadron Collider, an exciting occurrence.
Score: 4 Votes (Like | Disagree)

Well, iPhone 11 with its 720p resolution does not necessarily qualify as a flagship phones either (at least not in Android ecosystem) and it's the most popular iPhone model. Somewhat compatible Samsung model (A20, 720p, 3GB RAM, AMOLED) costs $124.

J2 was released in 2015. Take something a little bit newer (like J5, 2016) and it does support Samsung Pay. Also, using Samsung Pay is a really bad example. Apple Pay is not supported in Africa, Latin America and many other countries around the world. Nor is Samsung Pay. It only makes sense to produce special models for those markets that don't support Samsung Pay (or Apple Pay for that matter).

According to who? When you you become the arbiter of what's considered a flagship?

That iPhone 11 has a processor that'll stomp on any Android device on the planet, and it has Apps to utilize that power (unlike Fisher Price Android OS). It has NVMe storage and inline hardware encryption. Please list any Android devices that have either of those last two features. I'll bet you can't.

iPhones have had individually calibrated screens for years along with a properly functioning color management system (unlike Android). So that screen you're making fun of will actually properly render content in the correct color space. Something your flagship Samsung phones still can't do.

But hey, I understand the need to deflect. Your original comment has been proven wrong, so you're trying to move the goalposts.


I'll make this as simple as possible: Samsung Quick Share will be on a tiny fraction of devices compared to AirDrop. And I predict it'll only come to certain models, not ALL (or even most) Samsung phones as you have claimed. We can come back to this thread in 6 months and see where Quick Share is and who was right.
Score: 3 Votes (Like | Disagree)
Read All Comments

Friday May 22, 2020 3:58 pm PDT by Juli Clover
An app bug is causing some iOS users to be unable to open their apps, with affected iPhone and iPad users seeing the message "This app is no longer shared with you" when attempting to access an app. There are multiple complaints about the issue on the MacRumors forums and on Twitter from users who are running into problems. A MacRumors reader describes the issue:Is anyone else experiencing...
Read Full Article • 125 comments

Friday May 22, 2020 4:01 am PDT by Tim Hardwick
Former Apple executive and iOS chief Scott Forstall made a rare public appearance this week at Code.org's virtual Code Break event, and in between classes, Forstall shared the intriguing story of how he was hired by Steve Jobs. Forstall revealed that he had been considering working at Microsoft when he went to interview at NexT, the company started by Jobs after he had left Apple. Forstall...
Read Full Article • 136 comments