The reason for the delays is unconfirmed, but it could be related to the Wuhan coronavirus outbreak in China that has forced many of Apple's suppliers to temporarily close their factories and suspend production. While some factories are beginning to resume operations, initial production appears to be limited. 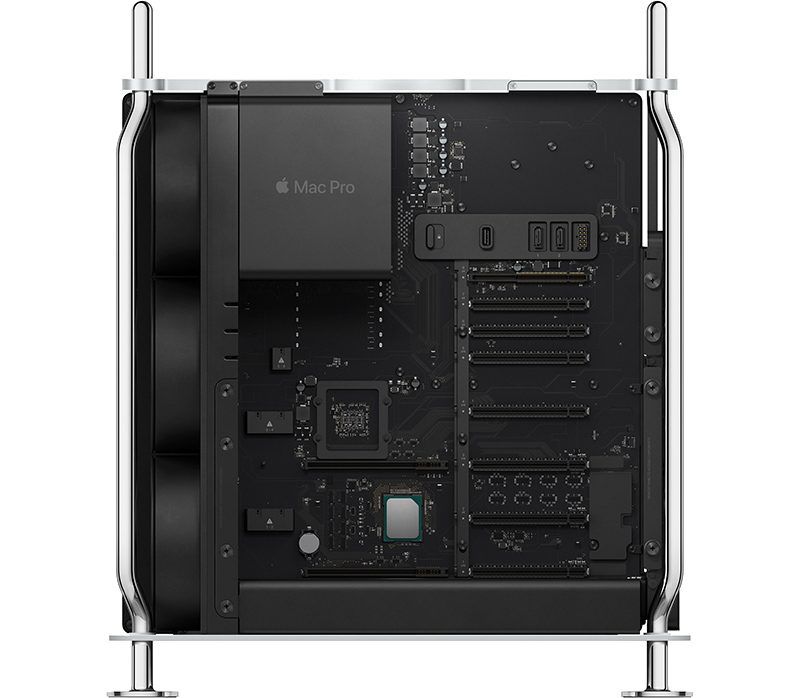 In any case, the delay has extended to the new Mac Pro. In many European countries, for example, the base model without any customizations is currently estimated for delivery on March 10. While the new Mac Pro is assembled in the United States for orders placed in the Americas, European orders are assembled in China.

The new Mac Pro also has a February 24-26 delivery estimate in the United States, despite being assembled in Texas, possibly because some components are still sourced from temporarily-closed suppliers in China.

The coronavirus outbreak is a fluid situation, so it remains unclear what its impact might be on upcoming Apple products. Last month, analyst Ming-Chi Kuo outlined his expectations for several new Apple products in the first half of 2020, including refreshed MacBook Pro/Air models, refreshed iPad Pro models with a triple-lens rear camera system, Tile-like item tracking tags, high-end wireless headphones, a small wireless charging mat, and a new lower-cost 4.7-inch iPhone.

bobjonesco
Always thought you’d never have a virus problem with a Mac.
Score: 31 Votes (Like | Disagree)

I was under the impression these were built in USA, or is it due to component shortages.

More like designed and assembled in USA, the rest all over the world but mainly China.

Did you even bother to read the article?
Score: 20 Votes (Like | Disagree)

Who wants to reinvent the wheel? I do know that as soon as the wheel was invented it was not then outsourced right away to china to be manufactured.

your quote should read ”You do what makes Cents...”

I run a small business manufacturing scientific toys in China, we have the factory in China build the toys for $5-7 per unit (shipped by sea), and sell the toy for $29.95-$49.95 on Amazon. My brother and I inherited it from our late father. First thing we did was look into sourcing from a US factory. The most cost effective build was $14/unit (when you factor in US trucking instead of China shipping)... the Canada quote was at $11/unit... both the US and Canada factories would need to source certain parts from China because the subcomponent parts are simply not made/shipped here, either they never were or they no longer are.

Apple deals with this on a massive scale, but us little guys have the same problem... even if you want it "Made in America", don't be surprised when something inside the product isn't from here.
Score: 14 Votes (Like | Disagree)

I was under the impression these were built in USA, or is it due to component shortages.

More like designed and assembled in USA, the rest all over the world but mainly China.

Seriously, you guys have to get off this. Electronics are going to have components sourced from China. It's what they do. Not everything can or even should be made in the USA. You do what makes sense. It makes no sense to re-invent the wheel.
Score: 8 Votes (Like | Disagree)

code-m
I was under the impression these were built in USA, or is it due to component shortages.

More like designed and assembled in USA, the rest all over the world but mainly China.
Score: 4 Votes (Like | Disagree)

Are you willing to pay double the current price for a Mac to be built with all American sourced parts? Hmmmm?

I'm sorry, but there is no possible way that sourcing the parts for the MacPro from a country other than China would double its cost. Most of these components are made in automated facilities with little to no human involvement. The little there is, is not a serious actor in its cost. What there is though, is a commitment by China, Taiwan, Korea and others, to subsidize the cost of semiconductor fabs and provide financial assistance to employers to build advanced manufacturing facilities, whereas our government explicitly does not. The most we can get is localities giving tax breaks. We are stupid.
Score: 3 Votes (Like | Disagree)
Read All Comments

Tuesday March 31, 2020 10:22 am PDT by Juli Clover
Apple has acquired weather app Dark Sky, Dark Sky's developers announced today. Dark Sky is one of the most popular weather apps on the App Store, known for its accuracy and storm warnings. Our goal has always been to provide the world with the best weather information possible, to help as many people as we can stay dry and safe, and to do so in a way that respects your privacy. There is no ...
Read Full Article • 201 comments