Apple is rumored to be working on a low-cost iPhone that could launch within the next few months, and as with any new imminent ‌iPhone‌ launch, case makers are already scrambling to get cases ready for the new devices.

Case manufacturers often pre-design cases for new iPhones well in advance of when the devices launch, basing designs on rumors, leaked schematics, renders, and other details. Most often this information is accurate enough that these pre-designed cases fit well, and there's a lot of money in being one of the first companies to have a case available for a freshly released ‌iPhone‌. 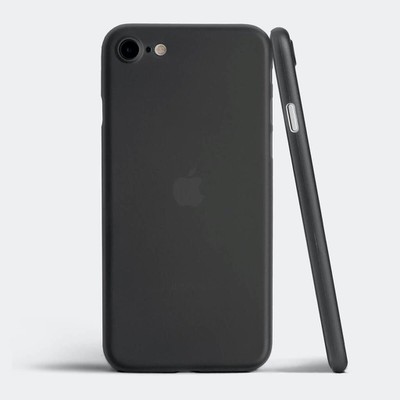 With the new low-cost ‌iPhone‌ rumored to be identical in design to the 4.7-inch ‌iPhone‌ ‌iPhone‌ 8, it's not much of a stretch for case makers to take advantage of this fact and offer cases for sale early.

Totallee, for example, has already launched pre-orders for an "iPhone SE 2" case, and sites like Alibaba and Amazon also have similar case listings. We can expect pre-sales of cases for the low-cost ‌iPhone‌ to pick up its launch date approaches.

Totallee and other case manufacturers do not have specific information on the new ‌iPhone‌ direct from Apple, and these early case designs (and the March release date details) are based on circulating rumors. Totallee says the cases will be available on March 24, but that's just the date that iPhone SE preorders began back in 2017 and a decent guess as to when an event could potentially be held.

The low-cost ‌iPhone‌, which has been referred to as the "‌iPhone SE‌ 2" due to its prospective $399 price point, is not expected to resemble the 2016 ‌iPhone SE‌ at all. Instead, rumors suggest it will be an updated ‌iPhone‌ 8.

The new ‌iPhone‌ will feature a 4.7-inch display, a single-lens rear camera, thick top and bottom bezels, and a Touch ID Home button. It is expected to come in space gray, silver, and red color options, and we're expecting 64 and 128GB storage capacities.

Recent rumors have suggested that Apple could unveil the new low-cost ‌iPhone‌ early in the year, perhaps in March. Apple does often hold an event in March, and if there are going to be new product announcements coming at a specific event, we could be hearing details soon.

If the screen size increases my son isn’t going to want to upgrade. He loves his SE

If the screen size increases my son isn’t going to want to upgrade.

Might make "sense", but that unfortunately is very little comfort to those of us who use the SE specifically for its physical size.

I really hope that "smaller Pro 12" rumor is true and it might fit the bill for something "sub 4.7 class" sized.
Score: 7 Votes (Like | Disagree)

OneMike
If the screen size increases my son isn’t going to want to upgrade. He loves his SE
Score: 7 Votes (Like | Disagree)

turbineseaplane
As an existing iPhone SE evangelist...
I find it to be a truly epic buzzkill that a rebadged iPhone 8 is the "SE 2".
Score: 6 Votes (Like | Disagree)

I know, many want the 4 inch and nothing bigger.

Sunday August 1, 2021 6:21 am PDT by Sami Fathi
Models of the Apple Watch Series 6 with titanium cases part of the "Apple Watch Edition" collection is currently widely unavailable for pick-up in several of Apple's retail stores in the United States and is unavailable entirely for delivery in major markets. Noted by Bloomberg's Mark Gurman in the latest edition of his "Power On" newsletter, titanium models of the Apple Watch Series 6,...
Read Full Article • 150 comments