Created in 2014 from academic research at the University of East Anglia, Spectral Edge's algorithm is able to enhance low-light smartphone images, something that could be potentially useful for Night Mode and other photographic capabilities in future iPhones. 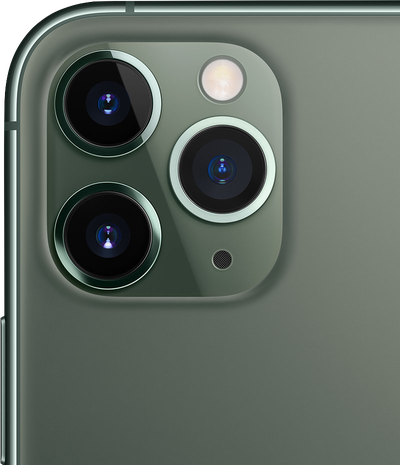 Spectral Edge's technology captures an infrared shot and then blends it with a standard photo to make images crisper and to improve color accuracy. Bloomberg suggests that Apple could use Spectral Edge's machine learning techniques to further improve the quality of iPhone photos.

In court filings, Apple corporate lawyer Peter Denwood has been named a director of Spectral Edge, with other advisors and board members now terminated. According to Bloomberg, the documents indicate that Apple is now in control of the company.

There is no word on what Apple paid for Spectral Edge, and Apple did not respond to Bloomberg's requests for comment.

Even if it's all software, you know Apple will tell us we need some future A-series CPU to take advantage of this new tech

You *DID* read the article, where they mentioned RGB-IR sensors, right? The whole article was about using IR to help make better pictures... And I don't think the current cameras have IR sensors in them...

On the smartphone front, Thomas says the company is waiting for consumer hardware to catch up — noting that RGB-IR sensors “haven’t yet begun to deploy on smartphones on a great scale”.

lostczech
Even if it's all software, you know Apple will tell us we need some future A-series CPU to take advantage of this new tech
Score: 5 Votes (Like | Disagree)

iDento
The iPhone might be very thin compared to a dedicated camera, but there is always a "room" for improvement when it comes to software and mathematical voodoo.
Score: 4 Votes (Like | Disagree)

Even if it's all software, you know Apple will tell us we need some future A-series CPU to take advantage of this new tech

The iphone 11 pro uses a TON of horsepower to run the camera app with all the computation going on behind the scenes. Wouldn’t surprise me at all if they did need more headroom to fit a whole extra layer in to keep the UX from becoming choppy and laggy.
Score: 4 Votes (Like | Disagree)

Why are people so into improving the camera quality?

Because they can. Because iPhone cameras have not yet caught up to DSLRs, but continue to make progress. Because not everyone uses their iPhone camera just for instagram posts.

Every pic I've taken of my nieces growing up has been with an iPhone camera, because that's what I had with me at the time (I don't generally carry around a larger camera day-to-day). They'll never be that age again, so I'd like the best pics of them possible. And the pics from my iPhone 8 now are objectively better than the ones my iPhone 6 used to take (which were better than the 5 and 4 before it).

The first digital cameras took images we wouldn't want to use for thumbnails these days, but they were the best available at the time. Someday we'll look back at the images we're taking today and we'll think, "that was a great time, but those images are so coarse and grainy, I wish we had better pictures of that magical moment". So, the constant striving for better camera quality.

(And, yeah, a huge percentage of images taken are throwaways that don't need super quality - but you never know until some time later which were the ones that really matter.)
Score: 4 Votes (Like | Disagree)

alpi123
Got curious and found a video about the technique they use for the low light shots. Might be similar to what Apple is planning to do.