Executives from Apple and Facebook were grilled over their encryption policies in a U.S. Senate Judiciary Committee hearing, with senators threatening encryption regulation.

According to Reuters, senators told Apple and Facebook that the two companies need to find a way to make encrypted data available to law enforcement for investigations. 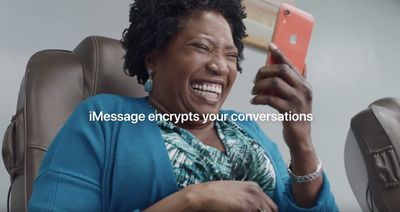 "You're going to find a way to do this or we're going to go do it for you," said Senator Lindsey Graham. "We're not going to live in a world where a bunch of child abusers have a safe haven to practice their craft. Period. End of discussion."

Facebook earlier this year said that it would extend end-to-end encryption across all of its messaging services and has since faced blowback from U.S., UK, and Australian government officials who have requested backdoor access.

Apple faced a major encryption battle with the United States government in 2016 when it refused to provide the government with the tools to unlock the iPhone owned by the San Bernadino shooter.

Apple at the time argued that adding backdoor access to the ‌iPhone‌ would weaken it for everyone and that criminals would quickly gain access to any backdoor tools that Apple established.

Facebook privacy chief Jay Sullivan was at the hearing with Apple privacy chief Erik Neuenschwander, and even amid scrutiny from regulators, the two companies were still at each other's throats, with Neuenschwander and Sullivan each suggesting lawmakers focus scrutiny on the other company's business.

Sullivan pointed out that Facebook does not build devices or operating systems, while Neuenschwander said that Apple doesn't have "forums for strangers to contact each other" and doesn't see Apple "scanning material of our users to build profiles of them."

Apple has been staunchly against creating backdoors for government access and has warned of the dangers of weakening encryption. Apple does cooperate with law enforcement by providing relevant iCloud data in law enforcement investigations when requested.

mrxak
No backdoors in encryption. Period. End of discussion.
Score: 103 Votes (Like | Disagree)

Cosmosent
In other words, our U.S. Govt representatives have NO clue about technology !

If there is a Backdoor, it will become exploited.

Why they don't know that is beyond reason.
Score: 34 Votes (Like | Disagree)

Scottsoapbox
How does one abuse a child with encryption?

We really need a basic competency test before someone can run for office.
Score: 32 Votes (Like | Disagree)

If you outlaw encryption, only outlaws will have encryption.
Score: 32 Votes (Like | Disagree)

TheRealTVGuy
This isn't about child abusers, terrorists, or drug dealers, this is about more government oversight and control. Just like they do if you want to wire/move any substantial amount of money.

Anyone who thinks the government wants to "efficiently keep you safe" needs to look at the TSA, their security theatre and the pain-in-the-ass it is to fly commercial these days.
Score: 29 Votes (Like | Disagree)
Read All Comments