Bug in Facebook App Accesses the Camera in the Background

The Facebook for iOS app appears to be accessing the iPhone or iPad's camera in the background when the app is in use, according to multiple reports on Twitter. 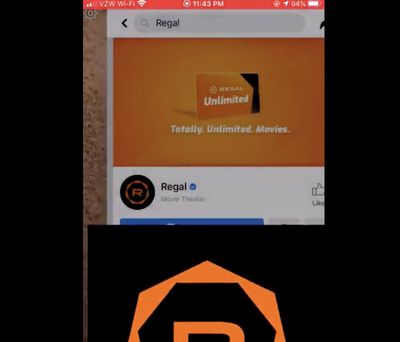 The sliver of brown in this demo photo is the Facebook app accessing the camera behind the timeline.
When scrolling through the Facebook timeline, several users saw the camera activated in the background, as demonstrated in the tweets below.

Found a @facebook #security & #privacy issue. When the app is open it actively uses the camera. I found a bug in the app that lets you see the camera open behind your feed. Note that I had the camera pointed at the carpet. pic.twitter.com/B8b9oE1nbl — Joshua Maddux (@JoshuaMaddux) November 10, 2019

Facebook app on iOS 13.2.2 opens my phone’s rear camera when I open a profile photo swipe down to return (look at the little slit on the left of the video). Is this an app bug or an iOS bug?? @facebook @AppleSupport pic.twitter.com/WlhSXZulqx — Daryl Lasafin (@dzlasafin) November 10, 2019

One Facebook user found it through an interface bug that shows a small sliver of the display when looking at a photo, while another found it when rotating a device.

Both The Next Web and CNET were able to reproduce the issue and confirmed that the camera is activated in the background when using Facebook on iOS. The issue appears to impact iPhones running iOS 13, including the newest release version of iOS 13, iOS 13.2.2. Devices running iOS 12 do not appear to be impacted.

Security researcher Will Strafach told TechCrunch that it appears to be a "harmless but creepy looking bug."

For the Facebook app to access the camera in the background, camera and microphone access must be enabled in the Settings app. Those concerned about the bug can disable Facebook's access to these features on the ‌iPhone‌ and the ‌iPad‌, or delete the Facebook app.

bulbousnub
Working as intended... until they're caught.
Score: 53 Votes (Like | Disagree)

Rudy69
The only bug shown here is that it became visible to the users
Score: 35 Votes (Like | Disagree)

Goldfrapp
The whole company is a bug created by Mark Zuckerbug
Score: 26 Votes (Like | Disagree)
Read All Comments

Sunday June 26, 2022 7:36 am PDT by Joe Rossignol
iPhone 14 Pro models are widely expected to feature always-on displays that allow users to view glanceable information without having to tap to wake the screen. In the latest edition of his Power On newsletter for Bloomberg, Mark Gurman said the feature will include support for iOS 16's new Lock screen widgets for weather, fitness, and more. "Like the Apple Watch, the iPhone 14 Pro will be...
Read Full Article • 84 comments