BritBox, a streaming service offering shows from ITV, the BBC, Channel 4 and Channel 5, has launched in the United Kingdom (via BBC). 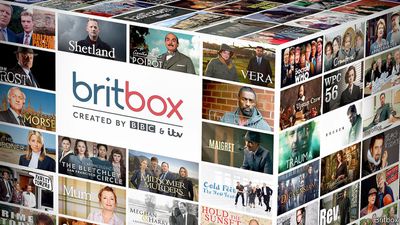 Priced at £5.99 a month, the joint-venture between ITV and the BBC is being pitched as an additional streaming service for viewers who want to view classic British television programs and films, rather than as a direct competitor to Netflix.

BritBox will mostly feature classic series like Cracker, Prime Suspect, Brideshead Revisited, Ashes to Ashes, with comedies including Absolutely Fabulous, Extras, Blackadder and Fawlty Towers. Some archive programs that have been on services like Netflix will now move to BritBox.

More than 600 classic episodes of Doctor Who will be available to stream by Christmas, while shows and movies from Channel 4 and Film4's back catalog will be available in 2020, and original shows from Comedy Central UK will also feature.

Other shows available on the service include Downton Abbey, Gavin & Stacey, Wolf Hall, Love Island and Broadchurch, but it will also include new shows, starting with the drama Lambs of God, which stars The Handmaid's Tale's Ann Dowd, The End of the F****** World's Jessica Barden, and Essie Davis from The White Princess as nuns living on a remote island.

However, some of ITV and the BBC's biggest hits of recent years, such as Killing Eve, Peaky Blinders, and Bodyguard, will not be on it at first, either due to deals with other streaming platforms or because they are still on the broadcasters' own catch-up platforms.

The Guardian reports that the streaming venture has been given a major boost through deals with BT, Channel 4, and mobile company EE.

Meanwhile, Channel 4 will provide thousands of hours of TV and film content to BritBox as part of a three-year deal, meaning shows from all the U.K.'s main TV channels will be available on one catch-up platform for the first time.

BritBox enters a streaming market long-dominated by Netflix and Amazon Video, but now quickly flooding with rival services jostling for attention. Apple TV+ launched last week featuring $2 billion worth of original programming, while Disney+ is due to arrive on November 12 boasting 500 feature films and over 7,500 shows, including the entire Pixar library and a raft of original content.

BritBox is available in the U.K. via iOS and Android apps, Apple TV, web browsers, and "smart" Samsung TVs released in 2017 or later. BritBox launched in the U.S. two years ago with a different catalog of content and has attracted 650,000 subscribers.

Daveiggy
Already paid for these shows with my TV license, now they want me to pay again, Get stuffed BBC.
Score: 26 Votes (Like | Disagree)

Why is this newsworthy on this site if it’s a UK-only service?

Because believe it or not this site serves a global community
Score: 26 Votes (Like | Disagree)

Already paid for these shows with my TV license, now they want me to pay again, Get stuffed BBC.

Well no... You paid for a service to make and present you programs within that year. Many of the programmes were made a long time ago and likely you were not paying for them then. Ironically the Licence fee should be called a subscription...but of course it's basically a compulsory tax.

Point in case. Every Doctor who before about 2000 I never funded though the licence. should I be allowed access to it forever? Does it instantly become public domain? Or Fawlty Towers,

I am guessing with your indignation you have NEVER bought a DVD / VHS / Digital content of anything ever... because you are basically arguing that if you have seen it once you own it and you should have it for free again.

The content is really pretty good and I am sure they will add more in the future... BUT I do think it should be about £40 a year.
https://reelgood.com/source/britbox
Score: 15 Votes (Like | Disagree)

page3
Look, we're British. We'll moan about it and then queue in an orderly fashion.
Score: 10 Votes (Like | Disagree)

Brian Y
This is getting silly now. It's actually cheaper now to get a freaking cable subscription than all of these streaming services.
Score: 10 Votes (Like | Disagree)

Already paid for these shows with my TV license, now they want me to pay again, Get stuffed BBC.

How different is this to people buying DVDs of BBC Shows? There is none.
Score: 9 Votes (Like | Disagree)
Read All Comments