Tuesday October 29, 2019 11:07 am PDT by Juli Clover
Apple today released watchOS 6.1, the first major update to the watchOS 6 operating system that's designed to run on modern Apple Watch models. watchOS 6.1 comes more than a month after the launch of watchOS 6. 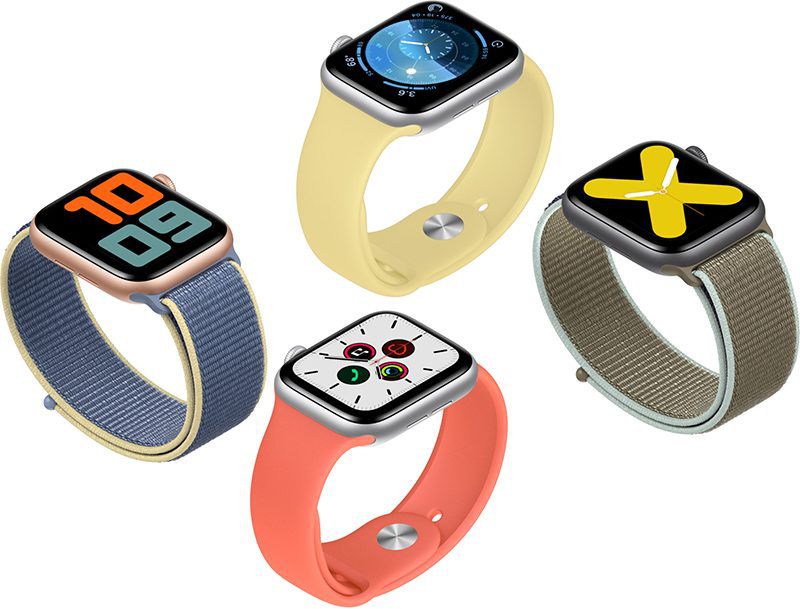 No major changes were found during the watchOS 6.1 beta testing period, but according to Apple's release notes the update introduces support for the AirPods Pro and brings ‌watchOS 6‌ to older models that didn't get it yet.

watchOS 6.1 works with the Series 1 and Series 2 ‌Apple Watch‌ models and is the first version of ‌watchOS 6‌ to run on those devices.

Apple has also released watchOS 5.3.3 with security improvements for ‌Apple Watch‌ models not updated to ‌watchOS 6‌. ‌watchOS 6‌ requires a newer ‌iPhone‌ that can run iOS 13, so ‌Apple Watch‌ owners who do not have a compatible ‌iPhone‌ must continue to use watchOS 5.

The Boatman
Is this one of the good updates, or one of the updates that bricks the device? Asking for a friend.
Rating: 24 Votes

watchOS 6.1 can be downloaded for free through the dedicated Apple Watch app on the iPhone by going to General > Software Update. To install the new software, the Apple Watch needs to have at least 50 percent battery, it needs to be placed on a charger, and it needs to be in range of the iPhone. al256
I just want my series 4 to not take multiple taps and pushes just to get the time in theater mode.
Rating: 11 Votes

Is this one of the good updates, or one of the updates that bricks the device? Asking for a friend.


Just came out, who knows.......
Have “your friend” install it and then report back to us please

Not installing until feedback is out. Too many sloppy updates from Apple this week.


You mean this year
Rating: 7 Votes

SkippyThorson
WOOHOO! I was starting to think Series 1 and 2 support was being reconsidered. Awesome news.
Rating: 6 Votes

iKaushal
I will wait for a day and then update.
I was lucky yesterday with HomePod update as it didn’t brick mine.
don’t wanna ride on my luck for long
Rating: 6 Votes

RadioHedgeFund
I hope they’ve fixed a bug on the series 3 where it sometimes takes a few seconds to respond to a tap on the screen or button press to wake it up.
To tell the time I need instant access.
Rating: 5 Votes

DinkThifferent
To all series 1&2 users: be glad you did not get to use WatchOS 6 and 6.0.1. It was worth waiting for 6.1! My series 3 became sluggish, lots of frame drops while going in and out of the app menu and my biggest annoyance was that the display often did not turn on when flicking your wrist or simply by touching the screen. I had to push the crown a couple of times before my watch responded: That’s. All. Gone After tonight’s update.

My watch is finally smooth and responsive again and everytime I raise or flick my wrist the screen goes on again, as it always did with OS5. I’m happy!
Rating: 5 Votes