Amazon has an ongoing discount on Apple's 2019 MacBook Air this week, offering up to $199 off the latest models. You'll find both the 128GB and 256GB storage options on sale, with discounts that represent the lowest-ever prices on all models seen. 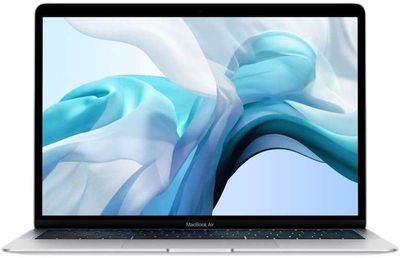 All colors in both models are seeing discounts on Amazon. We've rounded up every sale in the list below, so be sure to head to Amazon before the sale expires.

For more information on the best Apple-related sales, head to our full Deals Roundup.

BWhaler
Junk, unreliable keyboard. No to be trusted.

I love the Air, but Apple needs to get their act together and stop being so cheap. Make devices you’re proud of and would want to use yourself.
Score: 2 Votes (Like | Disagree)

rarodz
I still don't understand why a entry level laptop is on the $900. That freaking computer have just a Dual Core processor in 2019!!!! Apple is too expensive for old technology.
Score: 2 Votes (Like | Disagree)

bvz
It's a real shame that these are completely unable to be upgraded. That is what finally tipped me over to a Dell XPS 15 (well, that and price).

But my wife would like to stick with MacOS (hell, so would I for that matter) and her current air is getting pretty long in the tooth. But until a next gen comes out with scissor keys again, we aren't going to bite. I hate that when you buy you are locked into the specs you paid for (seems like a naked cash grab to me). But I suppose we will live with it. But she cannot afford to have her machine down for weeks getting repaired because of some stupid keyboard. Even the chance of that happening is more than she can tolerate. It is such an issue that she told me she'd rather get an XPS herself than chance being without a machine because of repairs. Maybe that seems like overkill, but the stories we've heard from friends with macbook pro's who've had to have their machines repaired within the first few years is enough to take heed.

So hopefully a new "entry level" macbook Air comes out with a normal keyboard soon. Even though I've switched to Linux, I'd rather she stayed in the MacOS ecosystem as well.
Score: 1 Votes (Like | Disagree)
Read All Comments