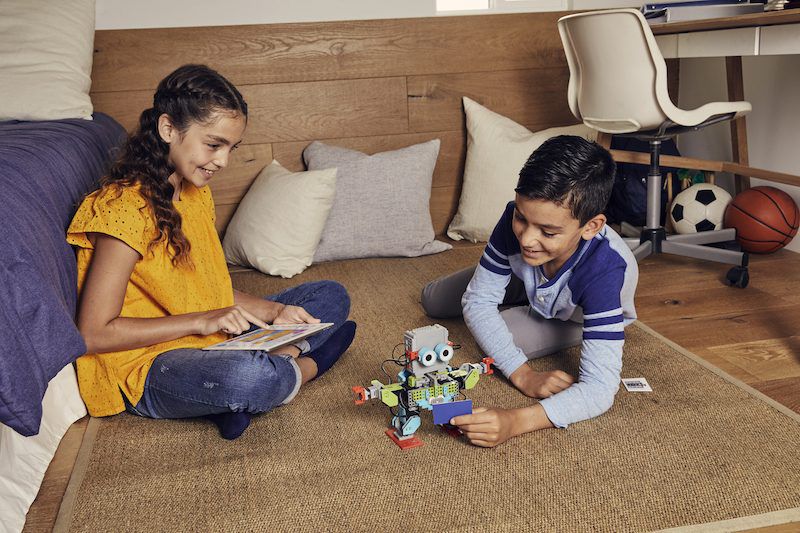 MeeBot 2.0 is 30 percent larger and adds new programmable technologies, including two programmable LED "eyes" and a programmable color sensor that responds to included color cards or other colorful objects to make the robot move.

The new robot also has a new gear system, providing an opportunity to learn about engineering movement and motion.

UBTECH Robotics says the MeeBot 2.0 kit will be available exclusively at select Apple Stores in the United States and Canada starting today, priced at $129.99 USD, although it has yet to appear on Apple.com.

The robot can be built, programmed, and controlled with the companion Jimu app for iPhone and iPad, free on the App Store.