Hulu today updated its iOS app to add support for offline viewing for the first time, which will allow Hulu content to be downloaded so it can be viewed when you don't have an internet connection available for streaming.

Hulu rival Netflix has long offered offline viewing as an option, but until today, Hulu didn't offer the feature. 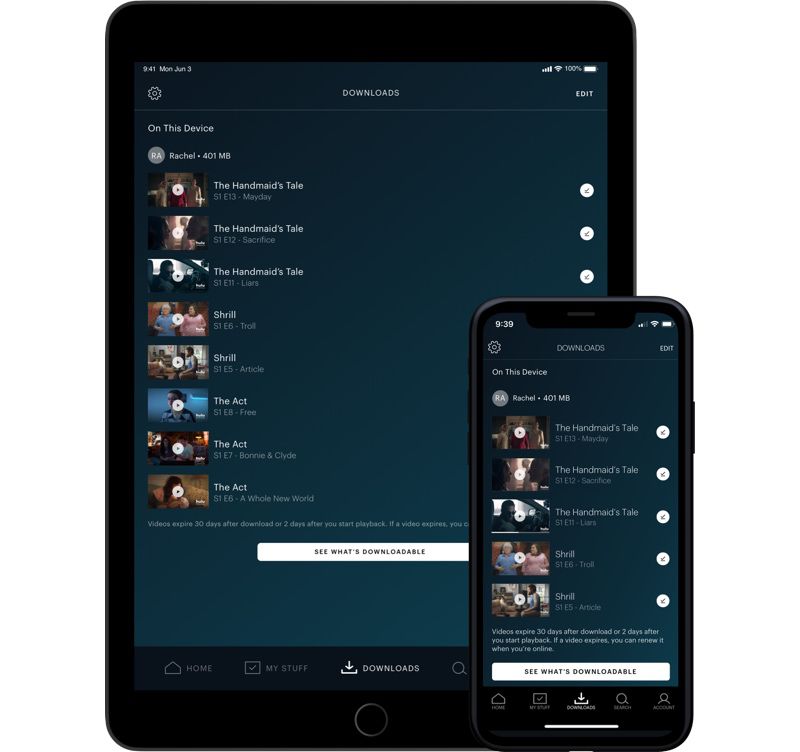 According to Hulu, downloading of offline content is available to subscribers of the more expensive ad-free Hulu plan. Those with the ad-supported Hulu plan will not be able to download shows for offline viewing as it would presumably be easier to skirt commercials.

Downloaded content can be accessed through a new Downloads tab in the Hulu app, and there's an option to "See What's Downloadable" to browse through available downloadable content.

Up to 25 titles can be downloaded across five different devices, and users will have 30 days to watch downloaded content. Content that's been watched will expire two days after playback has begun, and downloaded content can be renewed by accessing Hulu over an internet connection.

Downloadable shows are available on Hulu for iOS starting today, with an App Store update required.

gatorvet96
How can Disney crush Hulu? They own them.

Of course they had to do that. I’m on ad-supported version. I don’t think this will fly because Disney+ will crush them if they include offline viewing on lower plan.


Too bad it has too many limitations for offline download
Rating: 1 Votes