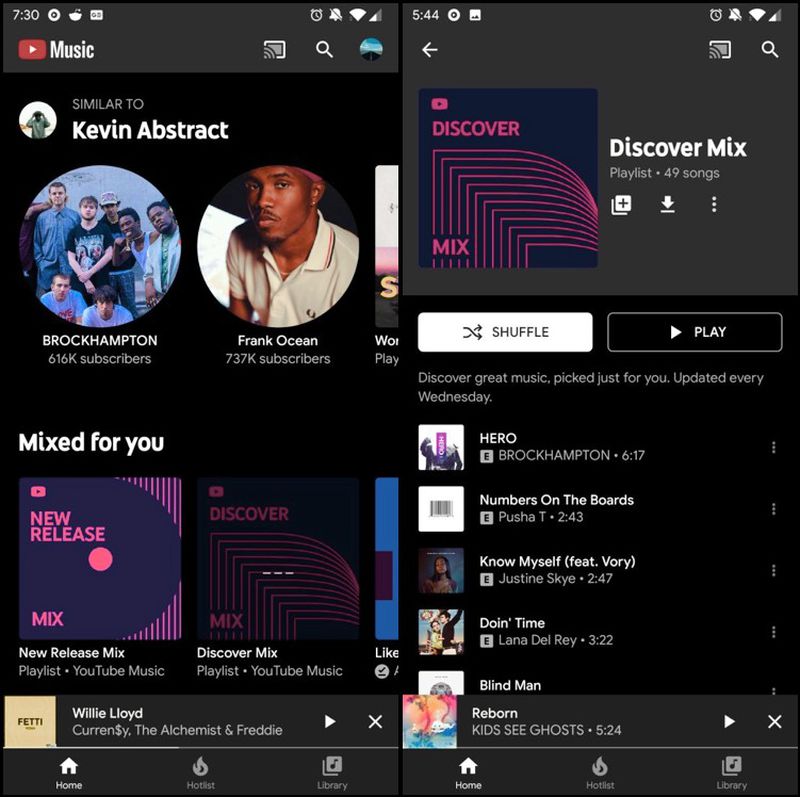 Similar to Spotify's popular "Discover Weekly," Google's new playlist features 49 songs consisting of music that's "picked for you," according to your listening history, and updated every Wednesday.

The playlist can be found in the YouTube Music app, under a recently added "Mixed for you" shelf that also includes the "New Release Mix" and "Liked Songs" playlists. Like those lists, it can be saved to your library for quick access and supports offline playback.

Initial comments on Reddit suggest the Discover Mix includes undiscovered tracks from artists that users are already familiar with, along with a few new artists, some from genres that haven't been explored before by the listener.

Discover Mix is currently rolling out, although like many of Google's new features, it may take some time to become widely available.

Customers who subscribe to Google Play Music are also automatically signed up to YouTube Music, which is expected to replace the former service soon. For a direct comparison between ‌Apple Music‌ and Google Play/YouTube Music, click here.

squizzler
Every time I open YouTube app it tries to shove their subscription down my throat. Not once but twice... three times in one sitting. #screwtube
Rating: 3 Votes


I’ll believe it when I see it. Google has been saying YouTube music will replace google play music for over a year now...this project will probably end up like their 20 chat apps that go nowhere...they lack cohesive direction as an organization.
Rating: 2 Votes

Every time I open YouTube app it tries to shove their subscription down my throat. Not once but twice... three times in one sitting. #screwtube


I hate that, too, and wish they’d understand my 50-100 replies of ‘NO!’ Would actually get them to stop that.

Not only that they ask, but it is where they put that button to say no that is sneaky. I almost click on it because it is right where I’m about to click for my video that I am looking at or searching for.
Rating: 1 Votes
[ Read All Comments ]