Twitter today implemented a feature that's designed to allow lists of Twitter users to be pinned to the Home screen and swiped between, allowing for easy access to multiple customizable timelines.

Twitter users are now able to add five lists to the Twitter app, swiping between them on the Home screen. 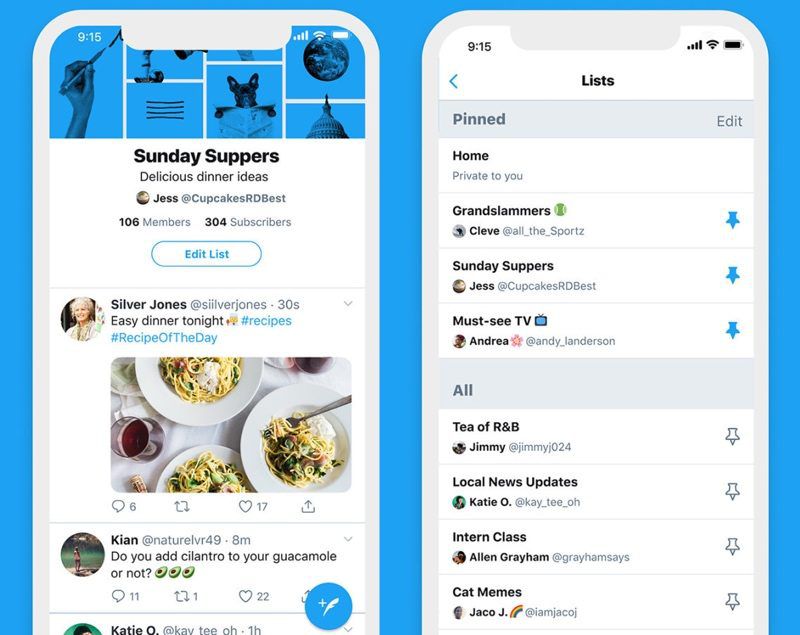 With this new feature, Twitter users can do things like group coworkers, friends, and family into different lists, and then with a swipe, view just tweets from each individual list.

Lists have long been used as alternative timelines by Twitter users, allowing people to follow accounts without having to add them to the main Twitter timeline, but the new feature makes it easier to do so.

As Engadget points out, this is a feature that Twitter has been testing since the summer and has finally rolled out to all users.

Twitter has also changed the design of list pages, introducing header images and making it easier to see list members and who is subscribed to a given list. Lists can still be private or public, and there's still an option to follow public lists from other users.

Monday May 25, 2020 2:53 am PDT by Tim Hardwick
Apple is reportedly looking to integrate light sensors in a new model of AirPods in the next couple of years, according to a new report today, suggesting their use could be part of rumored upcoming health monitoring features in the true wireless earbuds. In a paywalled article, DigiTimes reports that ASE Technology could be involved in manufacturing the sensors: Apple is expected to...
Read Full Article • 25 comments