Cook's announcement comes following devastating fires that have been raging in Brazil for the past several weeks destroying the vulnerable rainforest. 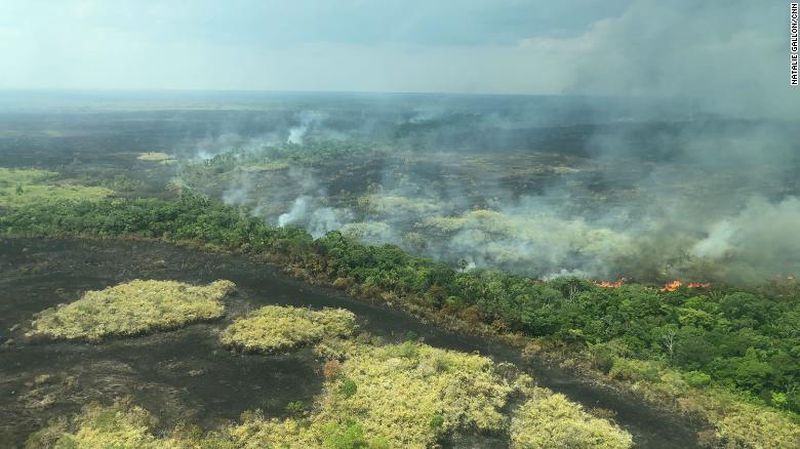 There are often fires in the area in July and August, but the 2019 fires have been significantly more severe. The number of fires is also far higher, up 85 percent compared to last year. As of Sunday night, there were more than 80,000 fires burning in Brazil.

Brazil declared a state of emergency earlier this month over the growing number of fires, which are impacting the Brazilian states of Amazonas, Para, Mato Grosso and Rondônia.

It’s devastating to see the fires and destruction ravaging the Amazon rainforest, one of the world’s most important ecosystems. Apple will be donating to help preserve its biodiversity and restore the Amazon’s indispensable forest across Latin America.


Cook did not say how much money Apple plans to donate, but in similar situations in the past, Apple has offered $1 million or more to organizations like the Red Cross for fire relief purposes.

swingerofbirch
This clears up a lot of misinformation about what is happening in the Amazon:

if you don't plan to tell people how much you donate... then why even post it then??

is getting recognition online more important than the act itself?


I think the other way. There’s an act of humility and responsibility by not talking dollars. Raising awareness about the issue itself. What’s it of your business how much Apple donates?
Rating: 25 Votes

randyhudson
The rainforest does not generate any net oxygen. That is a common myth that most news sources would check before repeating. The animals that live there and the natural decay of plants consumes all of the oxygen produced.

normang
Since these fires are largely normal and hyped by the media for "climate change" issues, don't believe the media hype, its All #Fakenews, with an occasional article pointing out some actual facts, but you have to look hard to find it.
Rating: 15 Votes


How about NASA? Also a bunch of anti-environmental neocons?

"... an analysis of NASA satellite data indicated that total fire activity across the Amazon basin this year has been close to the average in comparison to the past 15 years."

smetvid
If only Brazil stepped it up so the rest of the world didn't need to donate to help something that should have never happened in the first place.
Rating: 9 Votes

travelsheep
How about taking Brazil beef off the menu instead of donating?
Rating: 8 Votes

kingofwale
if you don't plan to tell people how much you donate... then why even post it then??

is getting recognition online more important than the act itself?
Rating: 8 Votes