Powerbeats Pro in Ivory, Moss, and Navy Available for Pre-order on August 22

After orders for the new colors open on August 22, Apple plans to ship the headphones out on August 30, the same day the Powerbeats Pro will be available in retail stores.

Apple started selling ‌Powerbeats Pro‌ in May after introducing them in April, but only the black color was available at launch. Apple said that it would make the other colors available at a later date. 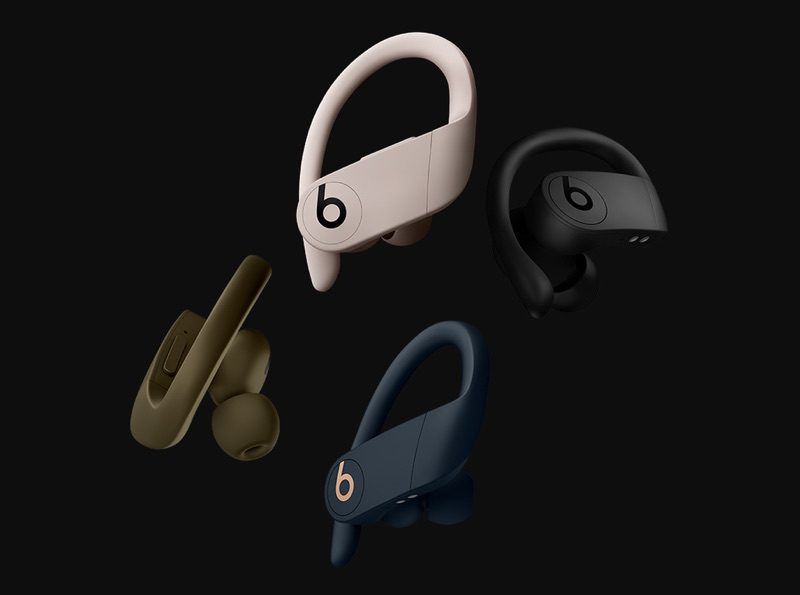 ‌Powerbeats Pro‌ are a wire-free version of Apple's popular fitness-oriented Powerbeats earbuds. Like the AirPods, ‌Powerbeats Pro‌ feature a dedicated charging case that offers 24 hours of battery life and an H1 chip for fast connectivity to your devices, device switching, and Hey Siri support.

Forgot about these. What a delay just for some colors.


You forgot about Dre?
Rating: 22 Votes

What exactly is 'Pro' about these things?

Techwatcher
Forgot about these. What a delay just for some colors.
Rating: 12 Votes

kennyt72
They make this very bold statement on the web site :- "We listened to real athletes and we heard that nothing was more important than sound". What a load of BS
Rating: 12 Votes

kennyt72
What exactly is 'Pro' about these things?
Rating: 10 Votes

Azzin
I was getting my phone replaced in my local Apple store the other day and the blue shirt helping the chap next to me was wearing these.

What a cock.
Rating: 6 Votes

CJM
If you can't replace the batteries I don't think I want them. Not gonna get roped into a 'headphone subscription'. My two year old AirPods give me about 40 minutes tops before they start giving low battery warnings.
Rating: 5 Votes

I'm sorry, what's with these names? Just call them white, blue, and green!

I sense that you don’t work in marketing!
Rating: 4 Votes