Apple has teamed up with the New Museum in New York to create an augmented reality art experience called [AR]T that can be experienced in San Francisco, New York, London, Paris, Hong Kong, and Tokyo.

[AR]T is a curation of augmented reality pieces that are being featured in a series of guided walks, where people can use iPhones to view the creations. The art walks were first announced in July, but are set to kick off tomorrow. 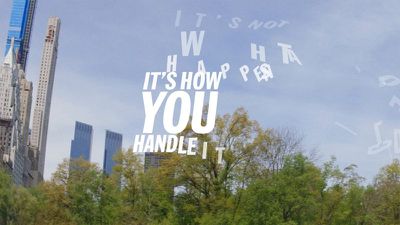 A piece by Nick Cave called "Amass" will also be on view at every Apple retail location, and Apple will host a lab for those who are interested in learning more about augmented reality.

The New York walk starts at the Apple Fifth Avenue and then heads into central park, while the San Francisco walk starts at Apple Union Square and heads down Post street. Viewers are provided with an iPhone and a set of headphones (though you can also use your own AirPods). Each walk is approximately 1.5 miles, and attendees can sign up on Apple's website.

Details on each artist and the type of art you can expect to see on the [AR]T walk can be found on Apple's Today at Apple page for the experience.

needfx
here I am hoping some hacker uploads a mildly nsfw artwork unbeknownst to apple just to mess with them
Score: 7 Votes (Like | Disagree)

BootsWalking
It's been a while since I've been wowed by an idea or technology but the notion of enabling art to be seen only at a particular location, overlaid with a specific backdrop/scene that the artist himself envisioned, is really innovative.
Score: 5 Votes (Like | Disagree)

Mac4Brains
the key thing apple has yet to tell us is how to access the AugRealty. is there an app, what is the name of it? I spent all this time thinking that it was something that would come out with the next iOS.
Score: 3 Votes (Like | Disagree)

It’s not a matter of being serious or not. It's more about not being juvenile.

nothing wrong with the occasional juvenile joke, it was hardly distasteful on top of that
Score: 2 Votes (Like | Disagree)

MisterSavage
I would love to do this!
Score: 2 Votes (Like | Disagree)

Sounds like something a high school student would do.

why so serious?
Score: 1 Votes (Like | Disagree)
Read All Comments