Tuesday July 30, 2019 8:23 am PDT by Joe Rossignol
Apple today announced it has opened registration for three new art-based augmented reality experiences at its stores around the world. 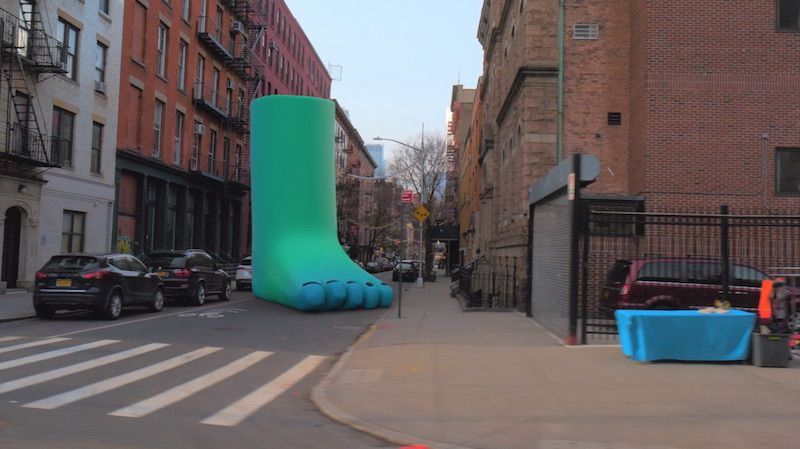 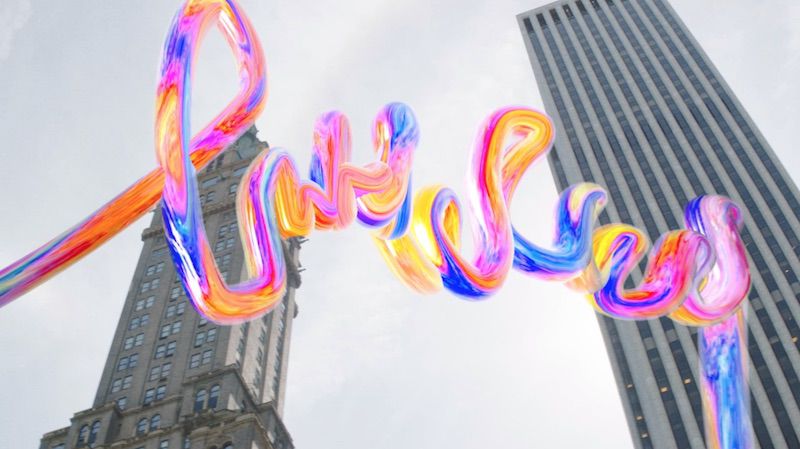 Third, an augmented reality art installation will be viewable in every Apple Store worldwide. Using the new "[AR]T Viewer" feature in the Apple Store app, users can initiate artist Nick Cave's interactive "Amass" piece, allowing them to experience a "universe of positive energy."

The power of AR meets the creativity of the mind. We’re excited to announce [AR]T — a peek into the imaginations of seven contemporary art visionaries. Coming to #TodayAtApple beginning August 10. https://t.co/pTtYjx6LOy pic.twitter.com/uf7MuEZPmG


The new sessions and experiences will be available beginning Saturday, August 10, free of charge. Visit the Today at Apple website to register.

they're still trying to find a purpose for it


Driving around and AR shows you the route directly on your windscreen. Walking in town and it'll give little popups for places of interest that you can find more about when tapping them. Buying clothes and trying them on in AR to see how they fit. Measuring and dropping furniture in your house to see how big it would be and how it looks in context.

Those are just a few off the top of my head. Yes they're fairly mundane things but with enough time, it'll be something we can't imagine we lived without. AR's still in its infancy but I can definitely see lots of purposes for it.

In terms of offering the consumer technology that will soon become ubiquitous, AR is far more useful than VR which involves slapping on a massive headset and locking yourself away from the world, rather than incorporating virtual images into the world.
Rating: 18 Votes

now i see it
they're still trying to find a purpose for it
Rating: 11 Votes

citysnaps
This looks pretty neat. And a great way to get people becoming familiar with Apple's AR push. The potential is big.
Rating: 8 Votes

Achiever
Apple: "We are concerned about how much people are using their devices, so we have developed an app called Screen Time to help avoid over-usage."

Also Apple: "We are introducing a project in some of the world's best and most populous cities, so if you walk around while holding up your iPhone, you might see a giant green foot."
Rating: 8 Votes

Everything is ready for AR. All we need is glasses...

And a reason/purpose
Rating: 5 Votes

jgbr
How about the Apple stores focus on what they are supposed to be doing than all this other junk they’ve bought in recently. Every time I go in it’s like chaos where no member of staff really helps.
Rating: 5 Votes

Of course, the stuck-in-the-muds won’t get it :rolleyes:.

But this is a rather cool way to demonstrate the potential of the technology many have in their pockets.

And being open to experiencing art is never a bad thing - it can have a powerful positive impact.
Rating: 5 Votes

AR is a sexy technology that's looking for a problem to solve. Hint: there really isn't one.

Sure there is: Real-time, interactive information about the world around you.
Rating: 4 Votes

PickUrPoison
It’s embarrassing, the lack of imagination and forward-thinking of some; seems especially prevalent among the typical Apple-hate crowd.

We get it... you’re bored with the world, bored with life, and not even thoughts of the future possibilities can penetrate the pessimism that envelops you. I’ll bet none of the naysayers have ever been called a visionary, or even thought of themselves as one.

But such people do exist, and some of them work at a company that spends upwards of $1.5 billion per month on researching and developing the products we’ll be using in the next five or ten years.

AR and/or VR may—or may not—be one of these future technologies that become as much a part of our everyday life as the current iPhone. I’m reminded of a quote:

“The problems of the world cannot possibly be solved by skeptics or cynics whose horizons are limited by the obvious realities. We need men who can dream of things that never were and ask ‘why not’?” — John F. Kennedy
Rating: 4 Votes