Hulu today launched support for 4K streaming on the Apple TV 4K and Chromecast Ultra, after first removing 4K content from its service in the summer of 2018 (via The Streamable).

With the return of the feature, and its new availability on ‌Apple TV‌ 4K, Hulu subscribers can now watch Hulu Originals like The Handmaid's Tale, Castle Rock, and Catch-22 in 4K.

According to The Streamable, Hulu shows in 4K stream at 16 Mbps and only support SDR, lacking HDR or Dolby Vision. At this time only Hulu Originals are available in 4K, but the company has said that more shows will gain the 4K treatment in the future.

Hulu also introduced a new guide for its live TV streaming service Hulu With Live TV (via Engadget). The new guide offers an extended look at what's coming up on every channel in the next two weeks, including which episodes are new and how long they last. 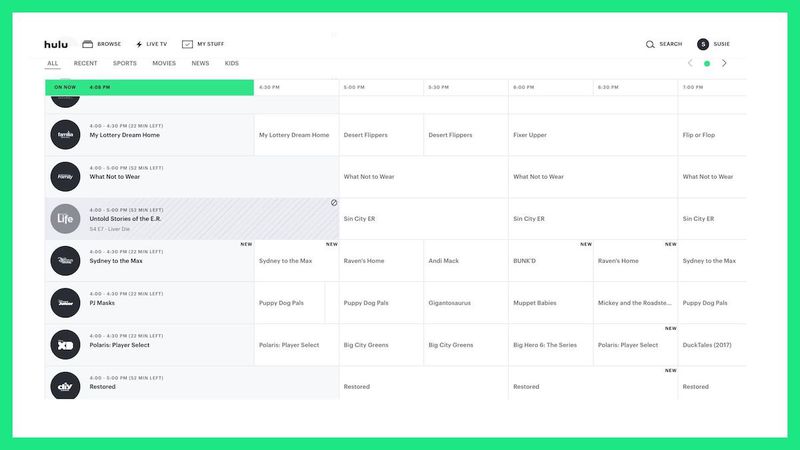 Earlier this year, Disney gained full operational control of Hulu in the wake of a deal made with Comcast. Disney has previously said that it plans to keep Hulu as it is and focus its own properties on the Disney+ streaming service. According to CEO Bob Iger, Disney's full ownership of Hulu will create an "even more compelling" service.

clcnyc
What's the point if not 5.1 audio?
Rating: 7 Votes

x-evil-x
and have they fixed the 2 channel audio crap? I won't use the appletv app till I get 5.1 audio. I mean common. ps4 till its fixed for me.
Rating: 4 Votes

thisisnotmyname
I'm waiting for the first person to complain that they're only bring this to the fifth gen Apple TV (you know, the one with 4K support) :-P
Rating: 2 Votes

archer75
Well hopefully this update adds 5.1, can anyone test? They do have 5.1 on other platforms.
Really want to see HDR, that's the real game changer.
Rating: 1 Votes

Seems pointless without HDR/DV. Even worse without 5.1

The average home doesn’t need 4K alone. Lots of bandwidth with little more to show for it. Sports might be he exception, but that does not seem to be a part of what they are offering.

This is marketing, pure and simple.


Exactly. While adding 4K isn't a bad thing, without HDR and/or 5.1 audio support, this update is supremely unexciting. Come on Hulu...
Rating: 1 Votes
[ Read All Comments ]