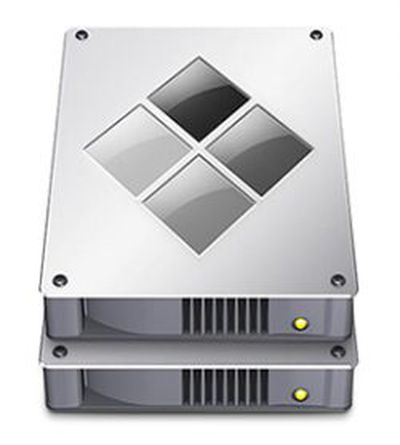 Apple today released a new macOS Mojave 10.14.5 Boot camp update, which is designed to address a bug that prevented the creation of a new Boot Camp partition on a iMac or Mac mini with a Fusion Drive.

The new software can be downloaded from Apple's support document accompanying the update.

The software update is available for ‌iMac‌ and ‌Mac mini‌ users, and won't be available to those who have other Mac machines.

Boot Camp is designed to allow Mac users to set up a partition to run Windows, providing access to PC-only apps and content.

emulajavi
How about letting Boot Camp assistant install Windows on the SSD portion of the Fusion Drive?

How about updating Boot Camp Control Panel in Windows to support ‘retina resolutions’, APFS to be able to select Boot partition or reboot to macOS?

How about releasing a APFS Windows driver to be able to read macOS files?

How about adding NTFS write compatibility to macOS.


Simple thing. Apple is doing nothing to solve them.
Score: 7 Votes (Like | Disagree)

I have a 2012 iMac 13,2 with a 3TB Fusion Drive. When I updated to macOS Mojave, I loss my Windows Partition. I was hoping this update would address this issue but after installing the file I still can not install Boot Camp. I was wondering if anyone had any luck after this update.

I have the same machine with the same drive, and I came to the comment thread specifically looking to see if anyone else had tried this; so thanks for your insights on this.

That said, I'm afraid I'm not surprised that it didn't fix the issue for 2012 iMacs. My understanding is its a rather complicated matter, in this very specific configuration, but here's my best attempt at a layman's interpretation of the situation: Going forward, the 2012 models are no longer going to be able to support Windows installations on hard drives which exceed 2TB, in part because Windows itself does not support boot volumes outside of the first 2TB of the hard drive on that generation of hardware -- and possibly in conjunction with bugs associated with the partitioning scheme required to accomplish the installation of Windows, within those constraints. So in previous versions of Bootcamp, it sliced up the hard drive so that it basically looks something like this ...

... where the sizes indicated at the end of each line are the location on the disk at which that partition ends.

At the time, I thought Apple had come up with a really slick and interesting method for solving that 2TB boundary. I guess Apple has concluded that that's not so much true anymore.
Score: 3 Votes (Like | Disagree)

I think 10.14.6 is still in beta, it doesn't show up here under normal releases in software update.
Score: 3 Votes (Like | Disagree)

Windows 10 support yet? (It's been a while since I used Boot Camp and, then, it would only support Windows 7 - not even SP1.)

Boot Camp has supported Win 10 for a few years now...I think since 2016. That's how long I've had it installed on my MacBook Pro through Boot Camp.
Score: 3 Votes (Like | Disagree)

daveup2bat
That only took a year...
Score: 2 Votes (Like | Disagree)

That only took a year...

You can install windows without bootcamp.
Score: 2 Votes (Like | Disagree)
Read All Comments

Thursday December 1, 2022 4:37 pm PST by Juli Clover
With the launch of iOS 16.1, Apple rolled out a Emergency SOS via Satellite, which is designed to allow iPhone 14 owners to contact emergency services using satellite connectivity when no cellular or WiFi connection is available. The feature was put to the test in Alaska today, when a man became stranded in a rural area. In the early hours of the morning on December 1, Alaska State Troopers ...
Read Full Article • 219 comments

Saturday December 3, 2022 10:23 am PST by Joe Rossignol
iPhone 12 Pro and Pro Max, iPhone 13 Pro and Pro Max, and iPhone 14 Pro and Pro Max models feature a LiDAR Scanner next to the rear camera that can be used to measure a person's height instantly in Apple's preinstalled Measure app. To measure a person's height, simply open the Measure app, point your iPhone at the person you want to measure, and make sure they are visible on the screen from...
Read Full Article • 79 comments