Apple today at WWDC 2019 announced that iPhones and iPads are getting a native swipe-based keyboard named QuickPath. 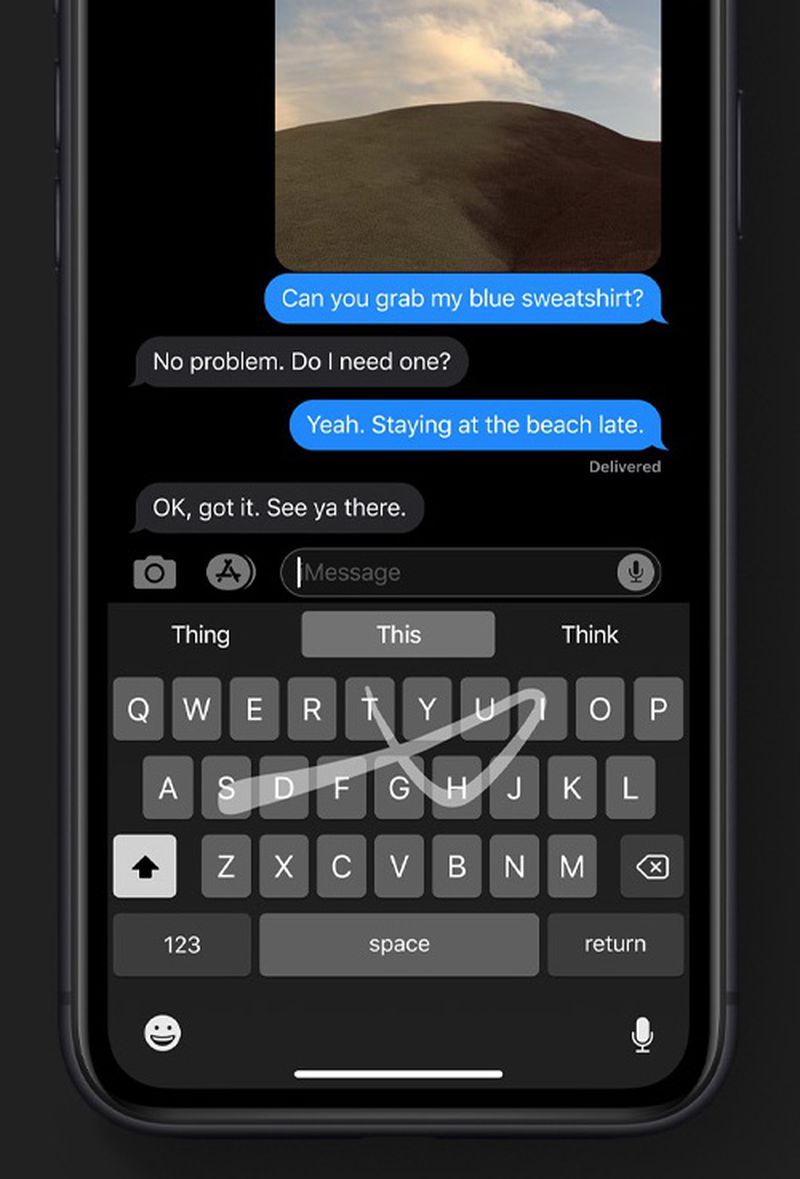 "Simply swipe from one letter to the next without lifting your finger to enter a word," says Apple. "On‑device machine learning recognizes the path you draw and converts it for you, making one‑handed typing a breeze."

Swipe-based keyboards have been available on the iPhone and iPad since iOS 8 added support for third-party keyboards from the App Store, such as SwiftKey, but this is the first native solution to come from Apple.

I want hand written recognition keyboard on iPad and iPhone, for English.

Sadly hard to replicate text selection feature. That one is in particular super handy.

That will be the biggest loss in my opinion by getting rid of 3D Touch. They have the trackpad mode if you long press on the space bar, but it doesn’t allow you to select text... Also, Haptic Touch is trash compared to 3D Touch.
[doublepost=1559592424][/doublepost]

They are mostly replacing those with long press essentially (for example, tapping and holding the space bar already does the same kind of thing even in iOS 12 as 3D Touch does for cursor movement).

That “trackpad” by holding the space bar just allows you to scroll through text, but it doesn’t let you select text like 3D Touch does. Long press won’t work for text selection and having to use two fingers to select text would be terrible on the phone. I don’t see how they will replicate that functionality if they take out 3D Touch. If they had a solution for that, they would have demoed it today... That’s a huge loss to those of us that use 3D Touch heavily on the keyboard...
Score: 1 Votes (Like | Disagree)

Wednesday April 1, 2020 2:45 pm PDT by Juli Clover
Apple in March updated both the MacBook Air and the iPad Pro, and with the iPad Pro increasingly positioned as a computer replacement, we thought we'd compare both new machines to see how they measure up and which one might be a better buy depending on user needs. Subscribe to the MacRumors YouTube channel for more videos. We're comparing the base model 12.9-inch iPad Pro and the base model...
Read Full Article • 82 comments