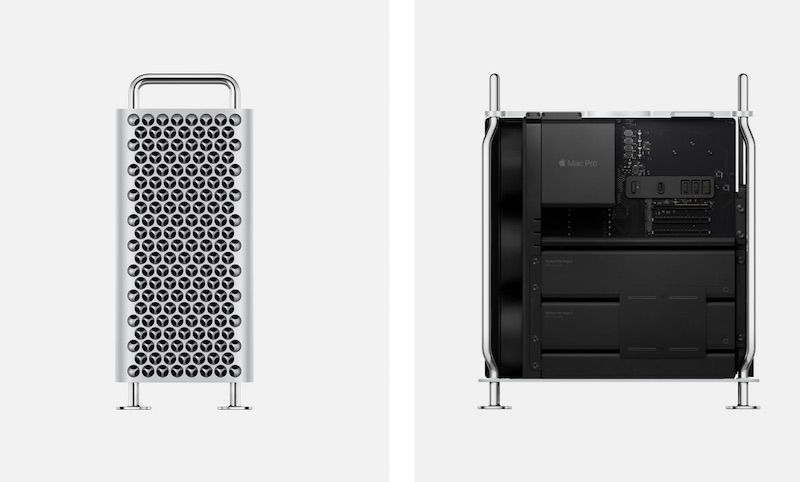 Adobe is "incredibly excited" about the new ‌Mac Pro‌, according to its vice president of 3D and immersive technologies Sebastien Deguy:

We're incredibly excited about the new ‌Mac Pro‌, which represents a strong commitment from Apple towards creatives working in 3D. We've already started porting the Substance line of tools, as well as Dimension, to Apple's new graphic API Metal to fully take advantage of the immense power the new ‌Mac Pro‌ hardware offers and empower 3D creatives in unprecedented ways.

We are thrilled to announce full Metal support in Hydra in an upcoming release of USD toward the end of the year. Together with this new release, the new ‌Mac Pro‌ will dramatically accelerate the most demanding 3D graphics workflows thanks to an excellent combination of memory, bandwidth and computational performance. This new machine clearly shows Apple is delivering on the needs of professionals at high-end production facilities like Pixar.

Autodesk is fully embracing the all-new ‌Mac Pro‌ and we are already working on optimized updates to AutoCAD, Maya, Fusion and Flame. This level of innovation, combined with next-generation graphics APIs, such as Metal, bring extremely high graphics performance and visual fidelity to our Design, Manufacturing and Creation products and enable us to bring greater value to our customers.

More quotes can be read on the Apple Newsroom.

I am excited too but the prices are really out of this world even for professionals. wow, what a shame.

No they're not. The base prices are absolutely in line with what anyone expects for that hardware, that longevity, and that display.

No they're not. The base prices are absolutely in line with what anyone expects for that hardware, that longevity, and that display.

They’re not only in line - they’re very cheap compared what you’d pay for a comparable (of course there really isn’t anything comparable) Windows computer. These are not meant for hobbyist “graphics designers”, “video editors” and “app developers”. They’re true professional grade workstations meant to be invested in by companies that make a ton of money off these. And they’re highly scalable and upgradable, giving companies a high degree (as high as you can get from a computer, but still) if investment security for years.
Rating: 17 Votes

MacSaves
So far, I have yet to see any mention or acknowledgement that we can use Nvidia cards in the new Mac Pro. Until his happens, this machine will not sell well. I like the direction it's going, but when you tell your customers that you can't use the GPU you prefer, your customers become someone else's customers.
Rating: 9 Votes

Keymaster
I have had my Mac Pro for 11 years...in that time it's finally gotten to the point that the basic Apple gear is about as fast (not counting the SSD improvement I haven't added). I wish the price on this was a bit lower...I'm not sure that I really need to have the amount of power anymore, back then I was still doing some gaming and other things but not really anymore. On the other hand, I can afford to upgrade to this, and it will likely last me a decade (and I can use my current monitors instead of going for an iMac). I think I'll wait to see what the performance looks like in the various versions and then decide what to get...maybe it's a Mac Mini for a few years, then the second gen of this (which is what I did the last time I upgraded and ended up with my Mac Pro).

I'm just glad to see Apple finally make a kick ass computer for pros again...and you can tell the design team really put something into this one, it's once again Apple that has about the most powerful single computer out there after a long hiatus of making sexy computers. It's good to see, hopefully it's not just a move to keep pros happy for a couple years but a real sea change at the company.
Rating: 6 Votes

Janichsan
I'm a bit sceptical if the thermal management is really good enough to effectively cool a number of dual GPU graphics cards, a multicore Xeon CPU, and a massive PSU. But we'll see.

I kind of don't get why everyone is so surprised here. A good counterbalanced monitor arm costs $600+ from any good manufacturer. So add in the Apple-tax and whatnot, and you've got yourself a $1000 monitor stand.

Sure you can get a piece of crud metal tube and plastic mount for $50, but it won't be balanced or any good.

I guess it would be nice they if threw in a crappy plastic stand for free with the monitor itself, but why bother as nobody buying a $5000 monitor will use it and it's just plastic that will be thrown into the trash.


I was expecting $500-600 for the stand, so the gasp from the audience was no surprise. I agree though, quality costs. I am personally just a bit sceptical of Apple’s “quality” right now.
Rating: 5 Votes

Matt Leaf
Well done, Apple. Way out of my league but awesome to see a return to form here. Cheese grater homage is hilarious, though. A stratospheric machine
Rating: 5 Votes

I was surprised how much its design reflects the old cheese-grater Mac Pro. Maybe there's no other efficient way of designing a pro machine, especially when add-on cards are all rectangular. The base price is about what I was expecting, except for the paltry default storage. It really should have 512 gb minimum. The crowd didn't seem all that thrilled with the price point. But they absolutely gasped when the price of the new monitor was revealed -- especially when it was announced that the monitor is just a screen; all mounting devices are extra.


The crowd gasped when the stand was revealed to cost ONLY $999 :eek:
Rating: 5 Votes

Good entry level price for a device that will likely be around for a decade.

Otherwise, what an event.
Rating: 4 Votes
[ Read All Comments ]