Apple has greenlit a new project from producer/director Jon Favreau for Apple TV+, called "Prehistoric Planet." The series is said to provide a look at the last days of the dinosaurs using CGI to recreate the events (via Variety). 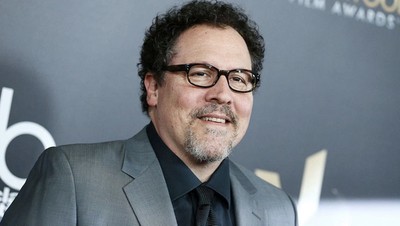 Image by John Salangsang via Shutterstock/Variety
Favreau is known for directing films like "Iron Man," the live-action version of "The Jungle Book" and the upcoming reboot of "The Lion King." He will partner with "Planet Earth II" producer Mike Gunton on Apple's new series, which will be produced by BBC Studios' Natural History Unit.

Apple announced ‌Apple TV+‌ in March during an event filled with various celebrities, including Oprah, Jason Momoa, and Steven Spielberg. The company's streaming service is set to launch in the fall of 2019 and it will be housed in the existing TV app.

Besides documentaries and natural history series like "Prehistoric Planet," ‌Apple TV+‌ will include numerous scripted dramatic and comedic shows. These include "The Morning Show," "See," "Truth Be Told," "Dickinson," an adaptation of Isaac Asimov's "Foundation" book series, and more. You can see every show coming to ‌Apple TV+‌ right here.

iapplelove
Can’t wait to watch this...says no one
Score: 16 Votes (Like | Disagree)

johnyslats
Hasn’t this topic been done to death? Pretty sure there are already countless documentaries of this nature.

I thought Apple TV+ was supposed to be “a new streaming service where the most creative minds in TV and film tell the kinds of stories only they can”
Score: 11 Votes (Like | Disagree)

There have been countless "Planet Earth" type documentaries, yet they continue to be a big draw.

Every documentarian (?) offer a different perspective, and given that we continue to glean new information about the dinosaurs... it's entirely likely that the older documentaries have incomplete and/or inaccurate information. Alas, give it a few years and this too will be outdated.

Can’t wait to watch this...says no one

Thanks for speaking for everyone.
Score: 9 Votes (Like | Disagree)

Can’t wait to watch this...says no one

Maybe everyone else in the world shares your opinion, but I don't. I love stuff like this, and I actually can't wait to watch it with my son. Favreau's CG direction has been on point to date and I'm betting he will knock this out of the park. If you want to be taken seriously, don't use phrases like "says no one".
Score: 8 Votes (Like | Disagree)

I'd prefer an event filled with various products.
Score: 7 Votes (Like | Disagree)
Read All Comments