Apple plans to use modified-PI (MPI) material for most antennas in 2019 iPhones, rather than the liquid crystal polymer (LCP) material used for the iPhone XS, ‌iPhone‌ XS Max, and iPhone XR antennas, according to the latest research note from reputable analyst Ming-Chi Kuo, obtained by MacRumors. 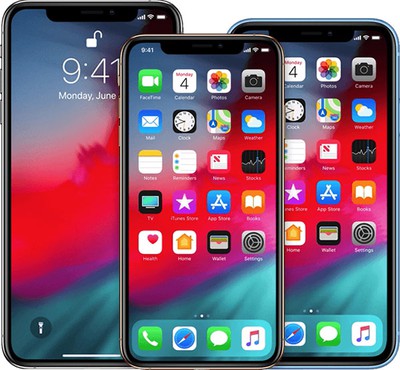 While switching to MPI material for 2019 ‌iPhone‌ antennas appears to be a no-brainer decision for Apple, Kuo expects that LCP will still be the primary material for 5G antennas in 2020 iPhones, as he believes that the production issues limiting the RF performance of LCP will be resolved by then.

In today's note, Kuo also said he expects Apple to use LCP material in future iPad models, starting from the late fourth quarter of 2019.

In a separate research note last month, which has only been seen by Taiwanese media so far, Kuo said two new iPad Pro models with the same 11-inch and 12.9-inch screen sizes as the current models will enter mass production between the fourth quarter of 2019 and the first quarter of 2020.

Kuo said those new ‌iPad Pro‌ models will feature flexible circuit boards using LCP, but we've yet to receive that research note in English, so we cannot confirm any further details at this time.

Will they silently address bendgate too, I wonder

Bendgate really? You spend to much time online
Score: 34 Votes (Like | Disagree)

Textime
Is it just me or are iPhone rumors just getting really boring
Score: 28 Votes (Like | Disagree)

laz232
For those wondering - like me - MPI is Modified Polyimide.

From what I can gather (I have designed antennas on LCP materials), I know there was a delivery problem with LCP for one major manufacturer as a sub-supplier stopped production of certain base materials.

LCP had good performance up to 77GHz IIRC.

I7guy
Anything that steps up reception is a welcome change.
Score: 17 Votes (Like | Disagree)

Really? Sounds to me like they haven't been online since 2014 when bendgate was a thing.

iPad Pro had its own bendgate issue with bent iPads in the box. Part of the reason I’m waiting until fall to get a new iPad Pro, assuming they fix it.
Score: 15 Votes (Like | Disagree)

farewelwilliams
and then antennagate version 2
Score: 11 Votes (Like | Disagree)
Read All Comments