Apple is facing a class action lawsuit accusing the company of securities fraud for making false statements and failing to disclose adverse information regarding its business prospects. These actions allegedly led to an artificially inflated stock price.

Specifically, the lawsuit claims that Apple was not initially forthcoming about a drop in demand for the iPhone due to poor sales in China and the 2018 battery replacement program, both of which contributed to lower than expected ‌iPhone‌ sales in the first fiscal quarter of 2019. 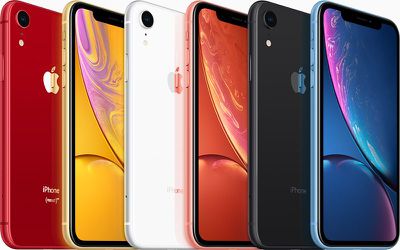 Apple is also accused of hiding the fact that production orders from suppliers had been slashed and prices had been cut, Apple's decision not to provide unit sales for iPhones and other hardware is also cited as a method Apple used to cause stock prices to rise to $209 per share.

When Apple did reveal the dip in ‌iPhone‌ sales and announced that it would not make its quarterly revenue forecast, Apple's stock fell $15 per share from $157.92 on January 2 to $142.19 per share on January 3. According to the lawsuit, Apple knew its ‌iPhone‌ sales weren't on track months before the information was shared.

The lawsuit, filed by the City of Roseville employees' retirement fund, is aiming to recover damages on behalf of people who purchased Apple stock between November 2, 2018 and January 2, 2019. Tim Cook and Luca Maestri are both named as defendants.

Update: A second law firm has filed a class action lawsuit against Apple, which is essentially identical to the first lawsuit. It also accuses Apple of securities fraud for concealing the ‌iPhone‌'s decline in sales.

ryanwarsaw
Some people sold their stock too low and now comes the crying.
Score: 39 Votes (Like | Disagree)

thadoggfather
The fish rots from its head: Tim Crook

Really don't like what the guys been doing over the years, stalling consumer technology progress. 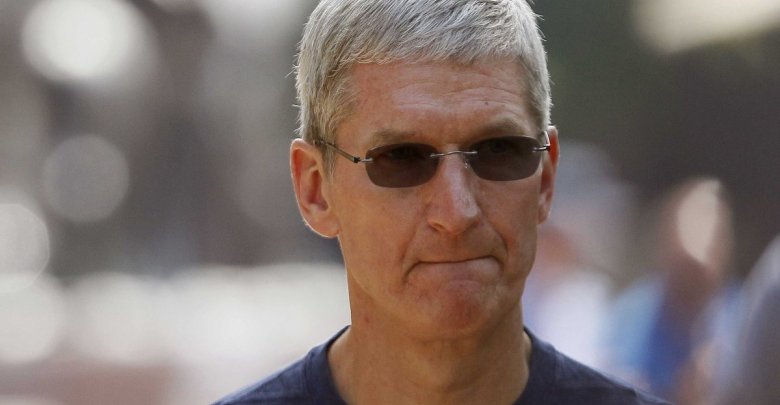 Baymowe335
Looks like the market is devastated with AAPL up 2% today and marching higher again.

People get mad when then sell stock too low.

They didn’t “hide” anything. They told investors they would no longer report unit sales in 2019, which is their choice. You could sell if you thought that ruined the company (lol).

Tons of public companies don’t report metrics investors might like to know. Ever look at Google’s financials? Impossible to understand. No Pixel sales. Microsoft doesn’t report unit sales for their hardware and Samsung doesn’t even report Galaxy unit sales.
Score: 28 Votes (Like | Disagree)

He is scum and a charlatan.

He’s a great philanthropic law-abiding citizen who has done more for the world than almost anyone posting here.
Score: 24 Votes (Like | Disagree)

The fish rots from its head: Tim Crook

In this case, we're talking about the head that revolutionized Apple's supply chain, buying up millions of CNC machines the early 200s, and enabling Jony Ive's designs to be realized on a mass scale, right? Prior to Cook's intervention, Macs were made in multiple countries with parts being flown back and forth at various stages of assembly. A part from California would by flown to Amsterdam for additional work before being flown back to California.

Really don't like what the guys been doing over the years, stalling consumer technology progress.

Again, he's responsible for coordinating manufacturing that every tech company on the world has adopted as standard. I just got done with Ive's biography, and it seems to me that people advocating against Cook have a rather myopic view of Apple.

At the turn of the century, Apple was like every other tech company; engineers made things and then designers added their "skinned" them. Jobs returned a few days before Ive wanted to quit and reemphasized Apple's ethos: to make great products.

Everything was turned on its head. Function followed form; if the Mac mini were a couple mm larger, it could've housed a less expensive full-sized drive, but Ive and Jobs had twenty models constructed and liked the feeling of the ever-so-slightly-smaller design.

The unibody enclosures that are now characteristic of Apple products were only possible because of the manufacturing Tim secured, the complaints that Animoji and other superficial **** are taking focus away from functionality mirror those of people who believed that Apple's stupid attention to form inhibited function. And Apple's prices have always sucked; the Mac, the iMac, and the iPod were all extremely pricey relative to the competition and their own intended prices.

Nonetheless, Apple has pushed the industry forward, and each of Ive's reductionist designs are copied by all of the competition about half a decade later. No disk drive on the iMac, no CD drive on 2012 MacBooks, and no headphone jack on the iPhone. Some of these decisions were executed under Jobs and are now carried out by Tim.

tl;dr: you can put an "r" between "C" and "ook" all you want, you can claim you're thinking different (even though it's similar to a lotta thinking on this site), but that doesn't change the fact that the Animoji-obsessed, price gouging Tim Cook has pushed the industry forward and is partially responsible for all of Apple's success since the early 2000s.

oghowie
These lawsuits are so dumb.