Apple May Have Quietly Addressed 'Flexgate' in 2018 MacBook Pros

iFixit was tipped off by MacRumors forum user Olivia88 posting in our Flexgate megathread that their 2018 13" MacBook Pro appeared to have a longer cable than previous models. iFixit confirmed this finding:

Since we were just wrapping up writing the repair manual for the 2018 model anyway, we checked inside our 2018 15” MacBook Pro again to measure its cable against its 2016 predecessor—and found the 2018 cable was, in fact, a full 2mm longer. Since this change appears in both our 15” model and Olivia88’s 13” model, it’s plausible this change is present in multiple, if not all, 2018 MacBook Pros.

iFixit speculates that this could prevent some of the wear and tear that had previously caused the failure though they weren't able to say for certain.

Apple has yet to publicly acknowledge the issue, and our Flexgate guide covers what your options are if you are affected by this issue.

Let's see...all these "problems" were only mentioned by a few people here and there online, and never gained any traction, sign that are probably issues that occur very very rarely, nothing systemic. So I would venture to say that 99% of MacBook "Pro" are probably working properly? Mine is, and the ten of thousands my company provides to its employees are at least, we all use Touch Bar MBP at this point and I never saw people suffering these issues, aside from a couple of colleagues having issue with a key on the keyboard. I am sure someone suffered these issues, like it happens with all man made items, but pretending these are serious widespread issues...sign of the times I guess.

Read the flexgate thread, this user lokitech posted the following:

By his report alone, it would be around 12% failure rate for flexgate, but it can only get worse with time, the more you open/close the more wear and tear. The issue is significant, Apple needs to issue a repair program.
Score: 22 Votes (Like | Disagree) 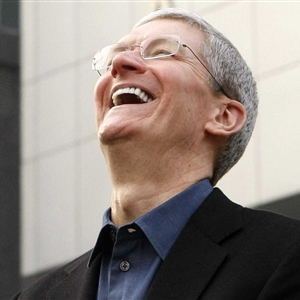 My 2017 13-inch - less than a year in: spacebar is starting to be sticky, graphics is going crazy in Fusion/Resolve.
The worst is the glitches are being rendered, not only displayed :(
Counting Powerbooks I'm probably on my Apple laptop #20. Absolutely no problems before.
They are not only completely not reliable anymore, they are more expensive every year.
As someone mentioned in another thread - you can get 64GB of RAM in a Lenovo P1 for almost the same money
Apple wants for 32GB (64GB not available). 32GB in Lenovo is 3x less expensive. Same RAM.
We are talking probably the most expensive PC brand.
Better screens, better graphics, 64GB RAM. All that for much less money.
When MBP was a great reliable machine, I paid the Apple tax. Now - it simply makes zero sense.
Score: 20 Votes (Like | Disagree)

Everything is working in mine.
People with problems are obviously more vocal about it.

Yup. Those pesky unsatisfied owners should keep their mouths shut. They are hurting dear, old and poor Apple!

Hey, let’s face it. Apple IS a premium product. I pay a little more because I expect more.

My last MBP suffered a screen failure less than a month after the warranty expired. Pay up, sucker was all I got. Still, I didn’t beat feat. I AM a die hard fan. I admit it. The general public, not so much. The road Apple is going down kinda reminds me of Sears, or Sony at their peak. Hubris. The fan boys like me will come back, the general public won’t stand for it as long. Fan boys will tolerate a lot more than the general public. In the long run, it will cost them.

It’s a shame, it’s still a decent product, but the issues with my last MPB did leave a bad taste in my mouth and had I not been one of the “flock” I probably would have gone elsewhere for my newest laptop. Given the control Apple has over the software across the spectrum of devices offered does help. 99% of the time, this stuff works.

But, I feel as though I’m paying for a Lexus or Infinity of the computer world. I should get service commiserate with the coin I lay out...

And as long as you continue to pay for that level of quality and don't receive it, Apple has no incentive to do anything differently.

Most Apple customers are not much different than the hardcore fans. They're locked into the ecosystem and while they grumble about things like the loss of the headphone jack on the iPhone, a notch, high prices, they still buy the product. There's a current dip in iPhone sales due to the high price, but that is only temporary. Those holdouts will need to replace their iPhone... if not this past cycle, then the next. They'll bite the bullet and pay the price because there is no other option for them (and Apple will discontinue the older, cheaper models).

I continue to be perplexed as to why so many come to Apple's defense whenever the awareness of a defect is raised. Looking at the trackrecord of such customer reports, when was the last time that such a report of a hardware issue turned out to be nothing?
Score: 14 Votes (Like | Disagree)
Read All Comments

Thursday January 21, 2021 3:27 am PST by Tim Hardwick
Apple's first virtual reality headset will be a "pricey, niche precursor" to a more ambitious augmented reality product, according to a new report from Bloomberg's Mark Gurman. As a mostly virtual reality device, it will display an all-encompassing 3-D digital environment for gaming, watching video and communicating. AR functionality, the ability to overlay images and information over a view...
Read Full Article • 69 comments

Friday January 22, 2021 3:34 am PST by Tim Hardwick
Apple is working on a "thinner and lighter" version of the MacBook Air that the company plans to release during the second half of this year at the earliest or in 2022, according to a new report by well-connected Bloomberg journalist Mark Gurman. It will include Apple's MagSafe charging technology and a next-generation version of the company's in-house Mac processors. Apple has discussed...
Read Full Article • 153 comments