Apple today announced that it will partner with the Oakland-based non-profit organization Dream Corps in an effort to bring educational and workforce development opportunities to young adults. The program's goal is to help these individuals find success and career placement in the tech sector. 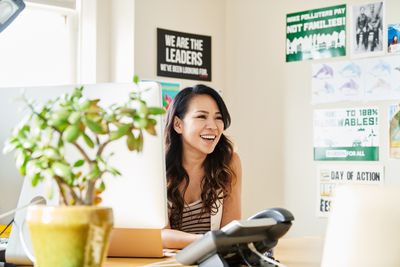 Vien Truong, CEO of Dream Corps
The program is part of Apple's Community Education Initiative, and stems from Dream Corps' existing #YesWeCode Initiative, which aims "to help 100,000 young women and men from underrepresented backgrounds find success in the tech sector." To date, #YesWeCode has graduated around 100 people and placed 60 percent in new tech jobs.

As part of the new initiative, Apple will work with Vien Truong, CEO of Dream Corps, to bring coding and workforce development programs to local youth in Oakland, California.

“We are thrilled about launching this new initiative in Oakland,” said Lisa Jackson, Apple’s vice president of Environment, Policy and Social Initiatives. “Our hope is that by bringing expertise, stakeholders and resources together, we’ll be able to magnify the already impressive impact that Dream Corps is having in the Bay Area and across the nation and help a new generation of young people realize their potential.”

For its part, Apple will provide technology, professional support, curriculum guidance, and advocacy to those in middle and high school, college, and beyond. Apple's Swift coding language will be a major focus of the program, which is set to launch later this year in the Bay Area, and then expand nationwide at a later date.

To highlight the success of #YesWeCode, Apple today also shared the story of Gerald Ingraham, a U.S. Marine who found the coding program and completed it while working full-time in various administration and construction jobs. He was determined to find a fulfilling career, and looking for more stable work to help pay hospital bills for his son, who was diagnosed with brain cancer.

In 2018, one year after completing the program, Ingraham landed a job as a software developer at a video game company. "I'm finally doing something I chose," said Ingraham, "not something I just fell into because that was the only skill I had. I feel better about myself — and my oldest son told me how I've inspired him."

brendu
Dear apple, make an education focused MacBook that is both super durable and under $500. Without that all your education initiatives are completely useless.

You don’t have to offer it to end consumers, only educational institutions. Give it an i3, 128gb SSD, doesn’t even need a Retina display. Do however give it a completely different keyboard than your current lineups. It needs to be the most durable keyboard you can make. It can be plastic, or plastic and rubber. Without a Mac like this, schools aren’t going to waste their money and apple will continue to lose to google in schools.
Score: 5 Votes (Like | Disagree)

entropys
Apple has priced itself out of education. Whimsical side projects won’t solve the core problem. School IT departments usually buy lowest cost, or a little bit more if it is justified. They do not buy laptops at multiples, that are not usually integrated into a whole coherent and robust off the shelf system. A system that doesn’t cost a lot.

It would have had to be a conscious decision years ago, Apple just won’t admit it.
Score: 1 Votes (Like | Disagree)

We certainly need more sciences in schools. Let's hope the IT jobs are there for them when they graduate

IT jobs will be there. The challenge here is if the skills they learn in Apple’s ecosystem are portable.

I applaud Apple’s efforts, but if they really were serious they would focus on languages and technologies that are more ubiquitous and platform independent.
Score: 1 Votes (Like | Disagree)

I think you’re missing the point.

K12 education has long since been an Apple focus since 1984 yet they’ve lost heavy ground to Google the last 6yrs.

Also note that they still have a large base in education in iTunes U with US university’s. I honestly think Apple should’ve used iTunes U with localized education training and content for India and China before trying to sell products there.

Most kids in the range of K12 are more familiar with touch typing on smartphones and tablets not laptops.

So yeah, no. I could be wrong and step in to tell me if so but I don’t know anyone who has ever used an iTunes U textbook. From what I can tell iTunes U has been a complete flop. Also the touch typing in K12 is simply not true. I’m an elementary school teacher and students use laptops after second grade rather than iPads because writing essays or researching materials is absolutely easier to do on a real laptop with a keyboard and trackpad. I use iPad in my classroom every day but when it comes time for students (especially 4th grade and up) to write any sort of work they prefer and use laptops, either cheap windows dell or chrome books. Apple is losing in education badly right now and their efforts to make the iPad the education computer isn’t going to work. All the kids growing up now using chrome books and windows laptops may end up deciding that’s all they need for college and beyond. If apple offered cheaper MacBooks (not just older MacBooks for cheap but real education focused MacBooks) it would help get more kids and teens to stay in the ecosystem as well as giving school systems a reason to go all in with apple.
Score: 1 Votes (Like | Disagree)

Hank Carter
We certainly need more sciences in schools. Let's hope the IT jobs are there for them when they graduate
Score: 1 Votes (Like | Disagree)
Read All Comments