Friday February 15, 2019 1:45 pm PST by Juli Clover
Apple is planning to release AirPods that feature a new surface coating, wireless charging, and a black color option, according to a report from Taiwanese Economic Daily News.

Apple supplier Inventec has been manufacturing the new ‌AirPods‌ and is ready to ship them in the spring, perhaps alongside the AirPower, which is now in mass production. 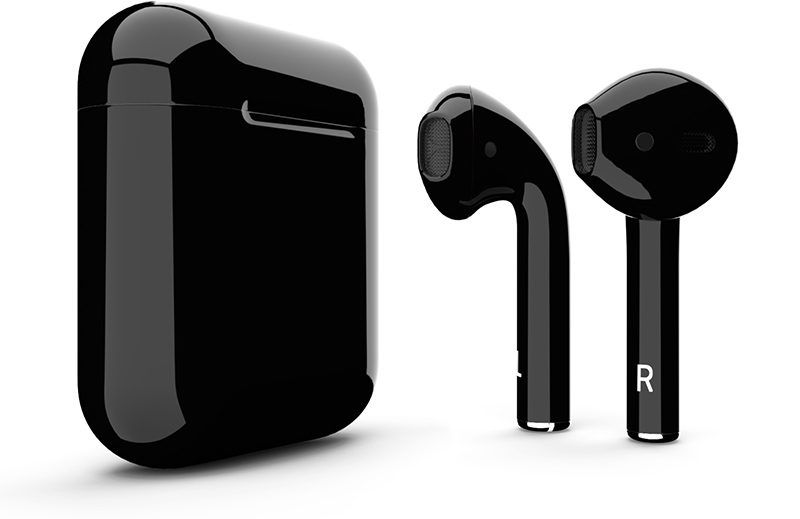 Economic Daily Times says that the ‌AirPods‌ will be priced the same as the previous version, which was $159 in the United States, though curiously the site suggests the prior pricing was $199.

The information shared by the Taiwanese publication matches up with rumors that we heard earlier this week from MySmartPrice.

That rumor suggested both the ‌AirPods‌ and the Charging Case will be available in black and white, with the updated accessory to get a special matte coating that will "enhance grip."

We still don't know exactly when the ‌AirPods‌ are going to be released. Apple is holding an event on March 25, but it will focus on services and not hardware.

Apple could choose to release updated ‌AirPods‌ and perhaps the ‌AirPower‌ right around that time via press release rather than through a dedicated event.

Has hell frozen over? Apple very rarely releases stuff in black, although they have done more recently (like the Mac mini and iMac Pro)

 has released hardware in black for decades. TimUSCA
I'll believe it when I see it. Those white buds are really iconic to Apple's branding.
Rating: 25 Votes

DNichter
I’ll take a pair please. AirPods are one of my favorite Apple products.
Rating: 11 Votes

Making it available in black is one step less douchey plus it doesn't get as dirty as white. Is that enough though to overlook the douchey stems? Guess time will tell when seen in public.


It’s really difficult to take your opinion seriously, especially when you’re referring to the AirPods as you do. Let me tell you, I’m in the gym five days a week, I live in a fairly large city, and I see the AirPods _all_ the time in public, and they don’t look anything like you’re describing them as, and I think generally, consumers don’t care what some Else chooses to wear for earbuds.
Rating: 11 Votes

If you think so and want blacks for that reason, then that's fine

I think a colour doesn't threaten a person's masculinity/femininity, and their genuinity (or lack of it) will show through whatever colours they choose to wear
Rating: 10 Votes

Outrigger
how about matte black, that'd be nice. white just sticks out like a sore thumb.
Rating: 9 Votes