Amazon appears to have recently added its popular "X-Ray" feature to the Amazon Prime Video app on the Apple TV. 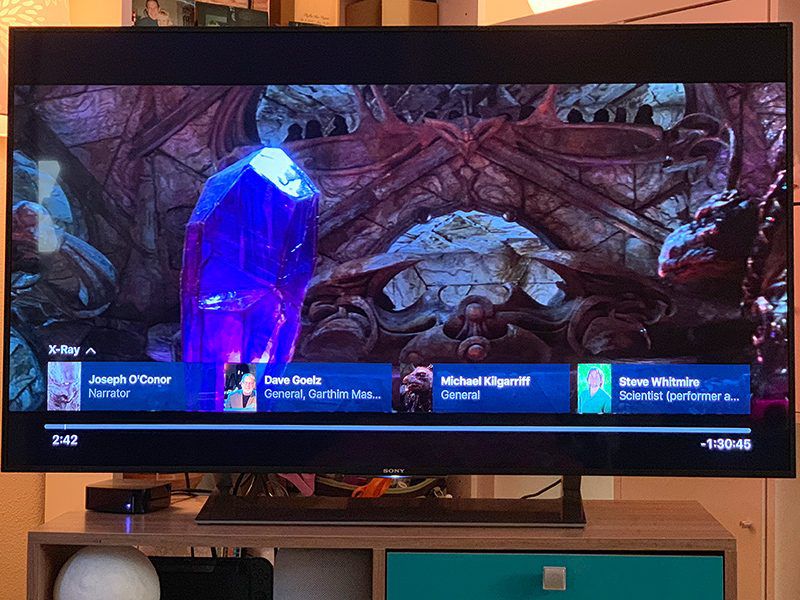 On ‌Apple TV‌, the X-Ray feature can be used by tapping on the Apple Remote's main button and then swiping upwards after the "X-Ray" text appears on the screen.

From there, you can view information on the actors in a particular scene, jump to a different scene in a TV show or movie, see a full cast list, or read trivia facts. 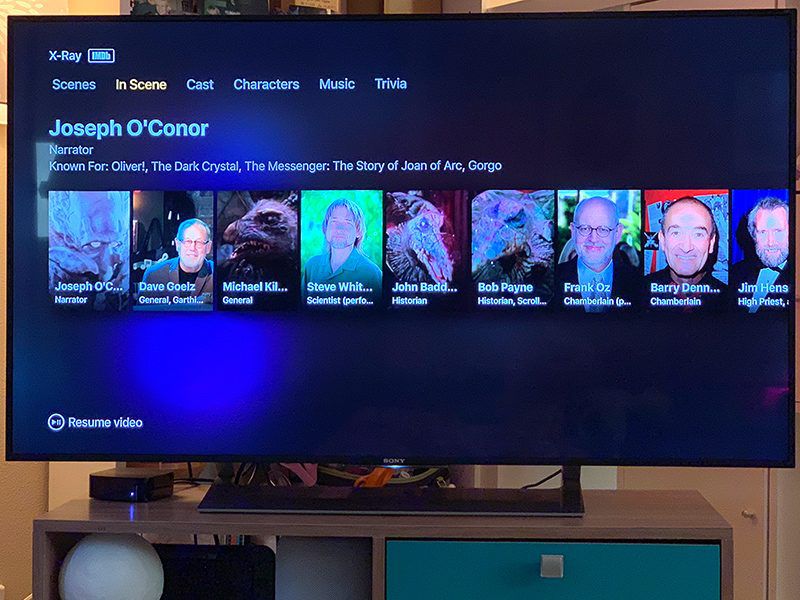 On some titles, there's also a collection of bonus photos and videos to look through, with behind-the scenes information, concept art, set design, and more.

dmylrea
"On Apple TV, the X-Ray feature can be used by tapping on the Apple Remote's main button "

Which button on the remote is the "main" button? The one labeled "menu" or the home button (or click the trackpad)?
Rating: 4 Votes

jarman92
I have to say, the Amazon app was total sh** when first released but it’s 100% better now. It actually looks and acts like a native tvOS app instead of a crappy web interface.
Rating: 2 Votes

RavenTongue
I’ve checked half a dozen movies that support x-ray and not one works on my Apple TV, but do on my iPad. I do see the release notes say “bug fix x-ray,” which seems to indicate the feature was already present before today. Not working for me and I’m on that current version. So either it’s still buggy or it’s server side and it’s not being turned on for everyone.

It’s a fun feature for movie buffs. I hope they get it squared away.
Rating: 1 Votes

This is false. X-ray was available for several months when the Prime app first appeared on Apple TV and was one of my favorite features of the app. I was very disappointed when they removed the feature.


Was it? I saw reports from when it launched that said it wasn't ever available. Either way, it's definitely back now and seems to be a recent addition.
Rating: 1 Votes

I have to say, the Amazon app was total sh** when first released but it’s 100% better now. It actually looks and acts like a native tvOS app instead of a crappy web interface.


I still have two issues with the app, one which drives me crazy.

1) No sound feedback when swiping, which makes it seem non-native to me and makes it less exacting.

2) The damned Watch Next row keeps disappearing and I must futz with switching screens (go into Watchlist and back) over and over until it shows up. The iPad version does the same but I don’t use that anymore now that it’s on the Apple TV.

This second one drives me insane!

Gator5000e
Great, they give us x-ray (which is hit and miss on the Kindle app) but can’t give us 5.1 Dolby on Amazon Originals. I’m still getting Original series in 2.0 stereo. Come on, Amazon. This has been an issue since the app came to Apple TV and still doesn’t work.
Rating: 1 Votes
[ Read All Comments ]