Biometric sensor company Valencell has reportedly settled a three-year-old lawsuit against Apple that accused the tech giant of stealing its technology for Apple Watch. 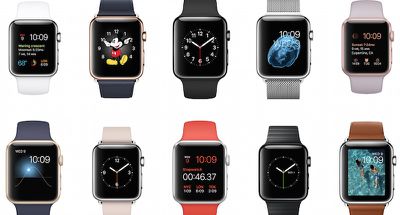 Valencell filed the patent infringement lawsuit against Apple back in January 2016 at the U.S. District Court for the Eastern District of North Carolina.

The lawsuit accused the Cupertino-based company of infringing on four of its patents, all related to heart rate sensing technology, as well as deceptive trade practices and breach of contract, following dealings Apple had with Valencell before the launch of the Apple Watch.

However, citing a Valencell source, well-connected endurance tech blog the5krunner reports that "Valencell's case against Apple has now been settled and neither is able to further comment."

Valencell originally claimed Apple solicited technical information and know-how under the false pretense of a licensing agreement for its PerformTek technology, despite having no real intention of actually licensing it.

The biometric company also accused Apple of deciding it was more financially beneficial to risk infringing on Valencell's patents than to license them, claiming that the practice was "consistent with the statement by Apple CEO Steve Jobs that Apple has 'always been shameless about stealing great ideas.'"

Valencell provides the optical heart rate monitoring and other biometric sensors in many third party devices. The company filed a similar lawsuit against Fitbit in January 2016, but that case is said to be still ongoing.

Update: MacRumors has confirmed the lawsuit was settled in September 2018. A copy of the dismissal is embedded below.

Valencell vs. Apple dismissal by MacRumors on Scribd on Scribd

AnthonyG6
"Valencell originally claimed Apple solicited technical information and know-how under the false pretense of a licensing agreement for its PerformTek technology, despite having no real intention of actually licensing it."

I find this the most despicable action by Apple and I wonder how many other times they have done this but the company was either too small or too scared to take on Apple through the courts?
Score: 9 Votes (Like | Disagree)

bollman
I don't think it could be much more obvious that Valencell was totally right here. Apple did not even want to go to court.
Score: 6 Votes (Like | Disagree)

norbinhouston
So tired of ignorant people not understanding the quote about "stealing" that Steve Jobs used. It was a quote from Picasso about ideas, simpletons "copy" without knowing what they are copying, great artists "steal" by knowing and adding or changing it, making it their own. Idiots.
Score: 6 Votes (Like | Disagree)

MoreRumors?
"Valencell's case against Apple has now been settled and neither is able to further comment."
I know Tim really values privacy and I see it extends to lawsuits too. Just a like a wealthy person, in this case wealthy company, settling with hush money for stealing and keeping it quiet.
Score: 5 Votes (Like | Disagree)

"Valencell originally claimed Apple solicited technical information and know-how under the false pretense of a licensing agreement for its PerformTek technology, despite having no real intention of actually licensing it."

I find this the most despicable action by Apple and I wonder how many other times they have done this but the company was either too small or too scared to take on Apple through the courts?

I'd say pretty often, probably way too often.
It's not the first time we've heard about companies getting all warm and fluffy when Apple approaches them and want to "collaborate" on something. Then all of a sudden Apple just leaves with all the tech and left a note saying: "So sue us, our army of lawyers are paid more per day than you will ever earn in your lifetime, good luck!"
Score: 5 Votes (Like | Disagree)

I don't think it could be much more obvious that Valencell was totally right here. Apple did not even want to go to court.

This is patently obvious :cool:
Score: 3 Votes (Like | Disagree)
Read All Comments