Instagram is rolling out a new feature that allows posting content to multiple accounts at the same time. The social network confirmed to TechCrunch that the feature is now rolling out to all users of its iOS app: 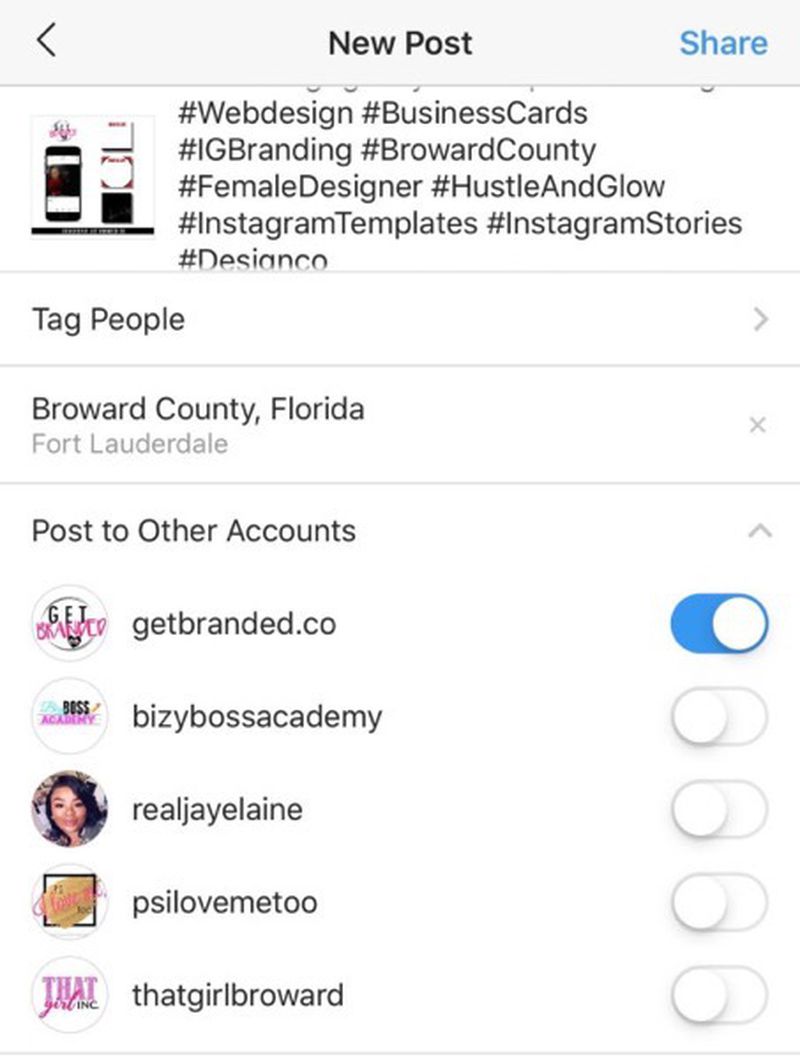 An Instagram spokesperson confirms this option is becoming available to all iOS users, telling TechCrunch, "We are rolling out this feature to provide a better experience for people who often post to multiple accounts."

The ability to select which accounts to simultaneously publish the same post to is being made possible through the use of simple toggles that appear when the New Post option is selected.

The new feature is likely to be welcomed by users who have multiple accounts for whatever reason (to separate content, for instance) but it's sure be a hit with marketing companies who manage various social accounts.

Whether users will be able to publish Stories to multiple accounts simultaneously is yet to be confirmed.