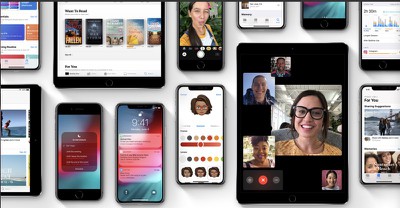 The fourth iOS 12.1.3 beta is technically the third beta, but because iOS 12.1.3 includes the same updates that were supposed to be included in the iOS 12.1.2 beta that was already released, Apple released the initial iOS 12.1.3 as a second beta rather than a first beta.

Apple seeded just one beta of iOS 12.1.2 before tweaking the software to include some emergency bug fixes and the aforementioned software changes in China, rushing the update out and pushing content originally planned for iOS 12.1.2 to iOS 12.1.3 instead.

iOS 12.1.3 will mark the fourth update to iOS 12. We don't yet know what features are included, and no major changes have been found in the iOS 12.1.3 betas we've received thus far. If we find anything new in the fourth iOS 12.1.3 beta, we'll update this post.

Normally I back up all my devices before install beta software. This time I don’t think I will, since I very recently did.

No new bugs is a relative advancement, unheared of
Let’s hope Phil won’t collapse by excitement

Normally I back up all my devices before install beta software. This time I don’t think I will, since I very recently did.

How efficient. I suppose you don’t recharge until your battery is low ?
Score: 2 Votes (Like | Disagree)

Yep... getting better, but still has issues. I notice my XS is doing better at holding onto a weak cell signal vs dropping into no service.
Score: 1 Votes (Like | Disagree)

rjohnstone
Modem firmware got a slight bump. Went from 1.03.07 to 1.03.08.
So it looks like they're still actively trying to address the modem issues.
Score: 1 Votes (Like | Disagree)
Read All Comments

Friday May 7, 2021 6:55 am PDT by Sami Fathi
According to Apple leaker Jon Prosser, Apple's upcoming release of the MacBook Air will feature various colors, similar to the colors in the newly released 24-inch iMac. In the latest video of his YouTube channel Front Page Tech, Prosser says the same source who accurately provided him information on the first Apple silicon iMac coming in colors has told him that he recently saw a prototype...
Read Full Article • 365 comments

Monday May 10, 2021 10:41 am PDT by Juli Clover
Apple's upcoming iPhone 13 models will be slightly thicker than the iPhone 12 models and will also feature larger, thicker camera bumps with lenses that protrude less, according to iPhone 13 schematics seen by MacRumors. The new iPhone 13 and 13 Pro models are expected to feature a thickness of 7.57mm, up from 7.4mm in the iPhone 12 models. That's an increase of 0.17mm, which won't be hugely ...
Read Full Article • 191 comments