Pioneer today announced the U.S. launch of the SPH-10BT, a new in-dash digital media receiver designed to work with a smartphone as a display.

The SPH-10BT is Pioneer's first receiver of this type equipped with a built-in smartphone cradle that integrates your own iPhone or Android device into your car's entertainment system.


While in the cradle, the smartphone becomes "visually combined" with the receiver, turning it into a full high-resolution LCD display for accessing Pioneer Smart Sync Driving functions via touch controls when paired with Pioneer's receiver.

"The single-DIN chassis size is almost universal, with the ability to be installed in both older and newer vehicles. However, given its compact size, a single-DIN receiver often lacks a large touchscreen or the ability to integrate well with the smartphone," said Ted Cardenas, vice president of marketing for Pioneer Electronics (USA) Inc. "The SPH-10BT offers a very unique solution by integrating the smartphone both electronically and physically."

The SPH-10BT smartphone setup is compatible with Pioneer's ND-PS1 rear parking sensors and will provide both audible object warnings and visual indicators when connected to sensors installed in the rear vehicle bumper.

A smartphone is able to connect to the SPH-10BT over Bluetooth, allowing for access to hands-free calling and music streaming. The SPH-10BT also features an anti-theft detachable panel, a customizable user interface, and MIXTRAX integration for "non-stop mix of your music library complete with DJ-inspired effects and club-style illumination."

Pioneer plans to launch the SPH-10BT in the U.S. in February, and it will cost $150, with installation costs not included in that price tag. The SPH-10BT is already available for purchase in Europe.

wilef
No wireless charging support? I think that would make this a lot more attractive.
Score: 7 Votes (Like | Disagree)

On a side note, I suppose it keeps the phone super chilled though.

Or overheat the phone if you’re living up north.
Score: 3 Votes (Like | Disagree)

coolfactor
An affordable solution. I like it. Pioneer has always been a favourite brand of mine, but those pixelated buttons and display! I'm sure that's intentional, but looks dated.
Score: 2 Votes (Like | Disagree)

kwikdeth
If they really wanted to seal the deal they'd find a way to wirelessly charge at the same time....
[doublepost=1547101270][/doublepost]

While this is a neat solution for cars without CarPlay (maybe) the execution is lacking in that video. It totally blocks the AC vents. Living in Phoenix AZ, that's a big issue for me. Can't block the sweet sweet cool air.

On a side note, I suppose it keeps the phone super chilled though.

As a fellow Phoenix resident, I can't tell you how many times I've left my phone in the car when going inside a Circle K or something, only to have to hold my phone in front of the AC vent due to an overheat warning when I get back.
[doublepost=1547101349][/doublepost]

A company (can’t remember who) did this years ago, and it never caught on. I think it’s a great idea. When it brings the price down, like it did here. :cool:

Dual was the name of that company. They put those out then Apple went and dropped the dock connector. Short lived but cool product. 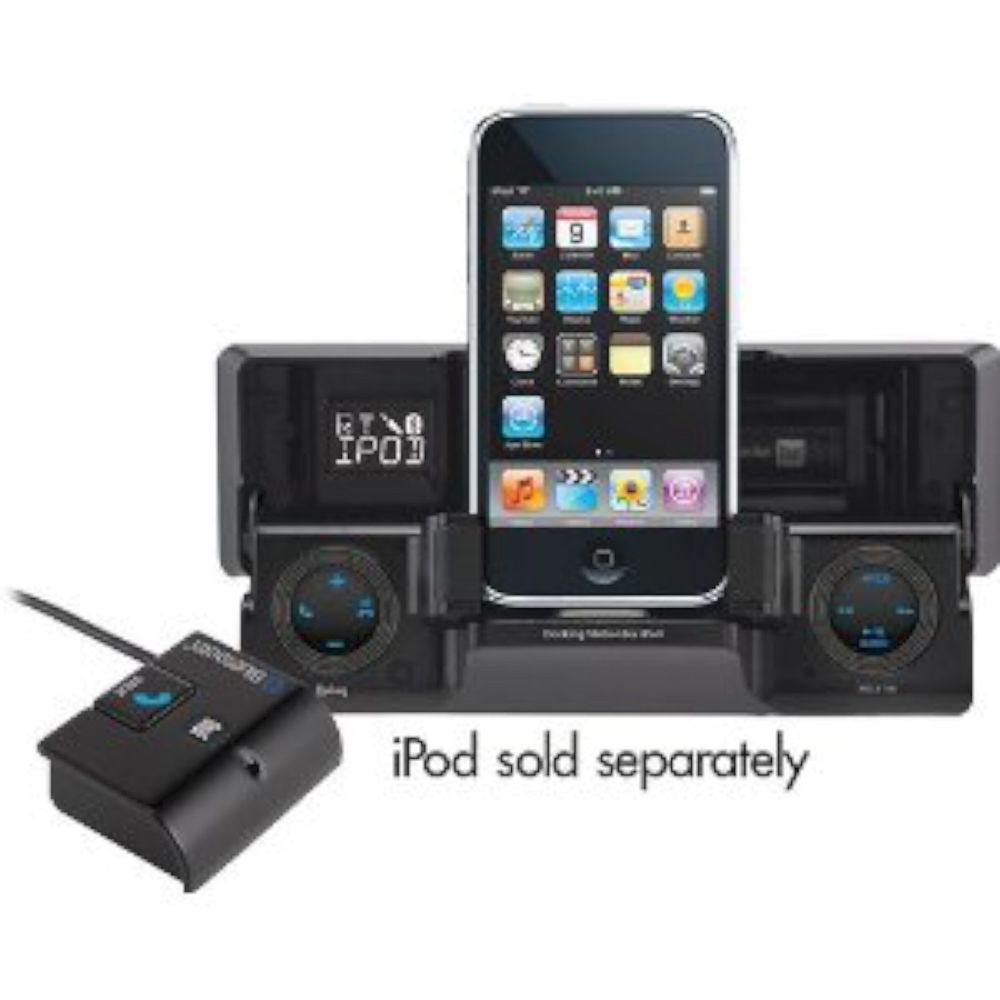 Half–ass execution with lots of potential.

A double DIN format could have cradled a large phone within it.

Wireless charging would have future-proofed it (unless this intereferes with GPS).

An interchangeable lightning or USB–C connector for lossless audio transfer (until Bluetooth improves).

An audible reminder to not leave your phone behind when the car turns off.

What about lasers? You forgot lasers.
Score: 1 Votes (Like | Disagree)

JeffSmith
Really like the concept. But the execution is really weak. UI is really dated.

A nice cradle, while using the din body to enclose a great amp, simple programmable buttons, am/fm receiver and wireless/wired charging for the phone would be super tempting.
Score: 1 Votes (Like | Disagree)
Read All Comments